Developing a New Culture in Your Writing 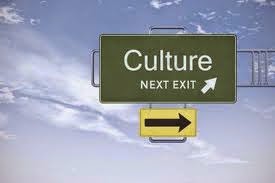 As a science fiction writer, I design alien races and the cultures they live in. The trick is to create something new rather than just put a human in a funny suit. Many times, the information I record has little bearing on the story, but there have been occasions when details that weren’t mentioned outright affected a character’s thinking and choices.
Here’s a partial list of some of the things I consider when I set out to design a new race and its cultures.
1. What does the average member of the race look like?
This includes height, weight, sensory organs and what those look like, visible gender differences, facial structure, body covering, and number and type of appendages. You could also include typical clothing and adornment here. Since no two individuals are alike, I also include major ways they would vary from one person to the next.
2. What kind of planet do they come from?
Sometimes I figure this out before I figure out appearance. Other times, I allow the appearance to dictate the ecology. This includes the gravity, atmospheric conditions, climate, predominant terrain, the type of star or stars, the distance from the star(s), and typical flora and fauna. The amount of detail you need is partly determined by whether the story takes place on the planet.
3. What is their society like?
Every culture has their accepted behavioral norms and taboos. Often, there is a difference between stated norms and practical ones.
How do they communicate: pictures, words, telepathy, gestures? Specifically, I consider how they greet each other, whether they have any strange language quirks such as accents, and the sorts of idiomatic language they might use. Body language is important, too. What do happiness, anger, fear, and other major emotions look like?
What sorts of holidays to they celebrate? Is there a dominant religion? That can have a huge effect on how they act and what they value.
Family structures, typical childhood and the transition to adulthood, and interpersonal or interspecies relations can fall here, too.
4. How do they govern themselves?
If you get enough people in a certain place, some sort of leadership and organizational structure will emerge. Consider whether there’s a central ruling body and how the rulers get to be there. If leadership is more decentralized, how is order maintained? How are laws made and enforced? How do the citizens feel about the government, and what does the government do, if anything, about dissention?
5. What is their history?
Where they have been will effect where they are now. There’s no need to write an entire history book or come up with a cast of major historical figures, but a general idea of major events in history or development would help determine their values.

Try It Yourself
Cultures can be extremely complex, and this list is not exhaustive, but if you keep these things in mind, you can lay a good foundation for a new culture. 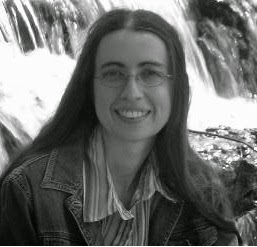 After hatching years ago in a land very far away, Cindy Koepp tried to hide under a secret identity, but she finally gave that up and started openly telling people she was an alien capable of adopting many forms. To her surprise, with the exception of one class of elementary students, no one believed her. They assumed she was joking, thereby giving her the perfect cover story. She spent 14 years mutating the minds of four-footers – that’s height, not leg count – but gave that up to study the methodology needed to mutate the minds of adult humans. In her off time, she writes about her adventures under the guise of telling science fiction and fantasy stories, records her blog articles, and reads wonderful books in exchange for editing help. Her books include; Mindstorm: Parley at Ologo, Remnant in the Stars and Language Arts Centers for Intermediate Grades. Here are Cindy’s social media links: Twitter: @CCKoepp Facebook: https://www.facebook.com/Koepp   Blog: http://cindykoepp.wordpress.com Webpage: http://ckoepp.com