My Voyage to Author 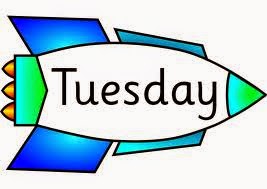 It was Tuesday, July 29, 2014. Publication day for Bodies on the Potomac.  BOTP wasn’t my first manuscript, but it was the first to go the distance, to reach an audience. The feeling I had that morning was a combination of nerves, elation, apprehension, anticipation and wonder. And for just a moment, I sat in the big comfortable writing chair in front of my trusty iMac and reminisced about the journey.

As voyages go, it was not a long one if measured in terms of the age of the solar system. But fifteen years passed from the completion of my first manuscript to the time my third effort reached publication day. There’d been slush piles and agents; there were words of encouragement, there was much rejection; there were editors and rewrites; there were PR firms; there were moments of sunshine, moments of darkness.

But mostly, there were days of writing. Some long days, some short, but primarily days filled with surprises. What would Taylor Clark do today? How corrupt is the crowd in Washington? How evil is the bad guy? These questions and others surfaced repeatedly, but answered in the flow of a day’s work. The most fun was when a scene surprised even me. One incident was such a shock that I remember the hair on the back of my neck standing up as I wrote the last sentence. Fun stuff. And while I’ll never know if the reader experiences the same jolt, a guy can always hope.

The rewrite process cannot escape mention, because not only is rewriting the difference between a good book and a sloppy book, it’s also close quarters combat. No, I would not rather have a root canal than work on rewrites, but reconstruction is painful. It’s not so much that I’m admitting that what I put down the first time wasn’t good; rather it’s the difficulty of retaining proper story linkage when I delete or add or modify. At one point during a discussion of an editorial memo for BOTP, it was suggested that I consider ‘airlifting’ a section from the back of the manuscript to near the beginning. Panic flared. Frustration, too. I didn’t see it; this was all wrong; I would stand and fight. 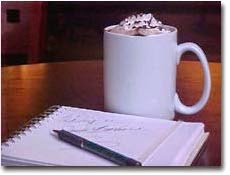 Instead, I went out for coffee. I seethed. The coffee cooled. I cooled. I finished the coffee. And, son of a gun, suddenly it all made sense.  That’s not to say my acceptance made the constructing of the change any easier, but it taught a good lesson: outside, trustworthy eyes are an invaluable asset.

Daniel O’Neil is a graduate of the University of Wisconsin-Madison, a former sports broadcaster and current insurance consultant. His personal collection of fiction is extensive and serves as his inspiration to introduce readers to BODIES ON THE POTOMAC, his debut novel. O’Neil, the father of two sons, has lived in a variety of locations, including Wisconsin, California, Indiana, Kentucky, and South Carolina. He currently resides in Florida where he is at work on his next book. Follow Dan on Twitter: @danieloneilbook Like Dan’s Author Page: Facebook
Find out more about Dan on his website.