When the Publisher's Open Door Slams 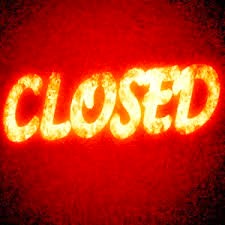 Stunned and confused when my publisher went out of business, I did nothing. My husband and daughter said, “You have to get Stopped Cold back out.”

One day I realized I had to remove cover images from the internet. During the process, I e-mailed people and began sharing the fate of Stopped Cold. My critique partner, Lisa Lickel, wouldn’t hear of the book ending up in a drawer and offered to help.

I hope this never happens to anyone else, but in case it does, I’ve compiled a few tips.

Believe in the book. To undo publishing then re-do it, one must believe it’s worth the effort.

Prayers. I wouldn’t have undertaken or completed the process without them. I think of those who said them as co-authors.

Support group. Another author with the defunct publisher started a Facebook page for us. I went to it and realized I wasn’t alone. We shared problems, hopes and possibilities for re-launches. What a great bunch!

Assess the situation. On the positive side, Stopped Cold already had reviews and comments that gave it validity. On the negative side, it had been in print. Not having a clue what to expect I e-mailed four publishers. Three of them agreed to take Stopped Cold.  I was humbled and honored, but maybe most importantly, my faith in humanity was restored.

Yet, I hadn’t looked at my situation closely enough. I needed print books immediately to meet commitments I’d made. Lisa suggested that one of the small presses might publish e-books while I brought out print copies. That worked best for my circumstance. However, should this happen to other authors, they should look at all of the options for solving their particular problems.

A revised edition or a reprint. It’s the author’s responsibility to make sure what rights he or she has. Mine were for the original manuscript, but not the edits or cover. I welcomed the opportunity to enhance the book for a revised edition. If no changes had been made to the text, it would have been a reprint.

Un-formatting. After a book has been in several formats the text does strange things when one edits it. I tried many options that didn’t work to remedy this. Finally, I went to Smashwords and took the advice of Mark Coker step by step. Then I ran it through notepad as he suggested. My eyes were crossing by the time I finished this task. 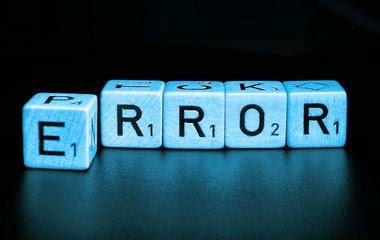 Proofread. Proofread. Proofread. If the book were a piece of clothing, it would have been turned inside out, gone through several high intensity washes and the spin cycle in the dryer. Every time I made a change I read Stopped Cold looking for mistakes. My daughter visited before I submitted the book and found several more.

Life’s so much more than a book. Focus on God’s blessings and His will.

Award-winning author Gail Pallotta’s a wife, Mom, swimmer and bargain shopper who loves God, beach sunsets and getting together with friends and family. A former regional writer of the year for American Christian Writers Association, she won Clash of the Titles in 2010. Her teen book, Stopped Cold, is a best-seller on All Romance eBooks, finished fourth in the 16th Annual Preditors and Editors readers’ poll, and was a finalist for the 2013 Grace Awards. She’s published short stories in “Splickety” magazine and Sweet Freedom with a Slice of Peach Cobbler. Some of her published articles appear in anthologies while two are in museums. her social media links are WebSite: http://www.gailpallotta.com
Blog: http://www.gailpallotta.blogspot.comAuthors and More: https://www.facebook.com/AuthorsandMore