BANG OUT OF THE GATE With Your Writing 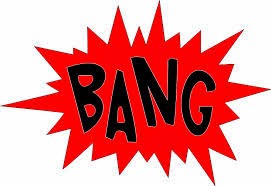 Bang out of the gate.  Or else.

Are you one of those readers who scan the first paragraph of a book and puts it down if it doesn't grab you?  I am.  If I'm feeling ornery, I'll give the author only one line to snag me.  So, as a writer, I make a point of trying to write openings that pop in order to avoid losing those readers who are as quick to judge as I.

A lot of writers like to set the scene before diving into a story, but most readers aren't interested in what a character feels or how a setting looks unless they're already invested in that character or wonder about that setting.  As Elmore Leonard famously advised, "Never open a book with weather."

I write noir.  Perhaps cozy, romance or "literature" readers have more patience than my readers, but hardboiled fans want to be grabbed by the throat and hurled into a story.  One way to do this is with a twist.

A twisted open implies right up front, that more surprises are in store.  I like that in a story. Sue Grafton used the device to launch an empire.  Here's how she opened A is for Alibi: "My name is Kinsey Milhone.  I'm a private investigator, licensed by the state of California.  I'm thirty-two years old, twice divorced, no kids.  The day before yesterday I killed someone and the fact weighs heavily on my mind."

She lulls you with a straightforward description of a single-divorced detective, then smacks you awake with the unexpected. 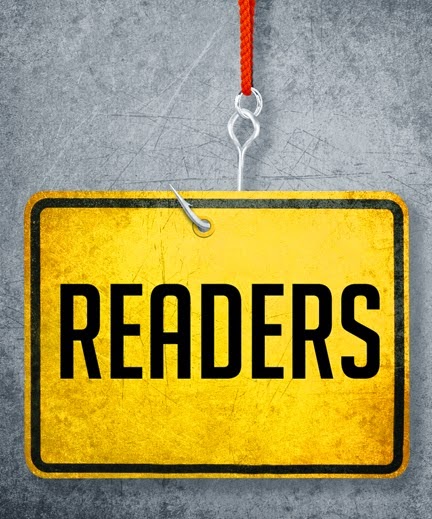 Another opening tactic is the suggestive hook.  In the first paragraph of my first novel, Go Down Hard I use an image: "I look through the spyhole.  Gloria has a bottle of gin in her hand and a pair of cuffs hanging from her belt loop.  A deadly combination."

It's a soft open for a noir thriller, but doesn't Gloria pique your interest?

Michael Connelly opened The Poet with a suggestive concept: "Death is my beat.  I make my living from it."

How can you put that book down before you've satisfied your curiosity about the narrator?  Make readers wonder and you buy time to hook them on your story.

Craig Faustus Buck is an L.A.-based journalist, nonfiction book author, TV writer-producer, screenwriter, short-story writer and novelist.  Among his six nonfiction books, two were #1 NYT bestsellers.  He wrote a short film that was nominated for an Oscar.  He was one of the writers on the seminal miniseries V: The Final Battle. His first noir mystery novel, Go Down Hard, will be published May 2015 by Brash Books and was first runner up for the Claymore Award at Killer Nashville.  His indie feature, Smuggling for Gandhi, is currently in preproduction.  His novella, Psycho Logic was published May 1 by Stark Raving Group and his short story, Dead End, the novella's prequel, is a current Anthony Award nominee.  http://craigfaustusbuck.com
https://www.facebook.com/craigbuck.friends
Twitter: @CFBuck

Email ThisBlogThis!Share to TwitterShare to FacebookShare to Pinterest
Labels: A is for Alibi, BANG OUT OF THE GATE With Your Writing, Craig Faustus Buck, Dead End, Go Down Hard, Kinsey Milhone, Michael Connelly, Sue Grafton, The Poet, V: The Final Battle