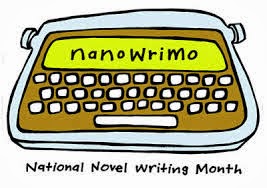 This is my eighth year with Nanowrimo and I've had five "wins." Just about all my published novels started out as nano-novels. I love November just because I can get to Nano-ing again. If this is your first year, or maybe you just had a brief brush with Nanowrimo, I have a few tips for you:

10. Write fast, not good. Seriously, this is the most common tip and the one most often overlooked. Nanowrimo is all about word count. You are trying to finish a first very rough draft of your novel. Get it written, then later get it right.

9. Plan ahead. It's maybe a bit late now, but there is still some planning you can do for the last half of the month. I put aside a number of frozen dinners. I cooked up some of my favorite dishes and froze them. So, I can just pull them out and zap them in the microwave and save time cooking.

8. Late to bed, early to rise. Some of us are day people, and the better of us are night people. :-) Sometimes the easiest way to get some extra time to write during November is to simply either rise a bit earlier than normal or go to bed a bit later. It also has the advantage of having a quiet house.

7. Skipping is good. If you get stuck in a certain part of your novel, don't sit there wasting time pondering what to write. Skip over it and write something on the other side of the block. This applies to a specific wording, a paragraph, a scene or an entire chapter.

6. Write out of order. Sometimes I'm writing and struggling with one section of my novel because my brain is busy working on a portion of the novel that comes much later in the book. When that happens, I just put several carriage returns in and then skip to the scene that my brain really wants to write. I can compile everything later.

5. Reward yourself with food and drink AFTER writing. Sometimes when I ask students about their writing habits I find out that during an hour of writing a good ten minutes is spent nibbling on snacks and drinking soda (or other beverages). Work straight through and then have your snack, cup of coffee or soda.

3. Get Social. One of the great things about Nanowrimo is the recognition that people all over the world are doing the same thing you are. On the Nanowrimo site, there are forums for each genre, places to ask for help, places to announce your milestones. Additionally, there are games and past times. You can participate in word wars or word sprints or take part in other writing games. There is something about writing with each other that can make it more fun. Also check your regional discussion boards. You may find that there is a live write-in in your area. 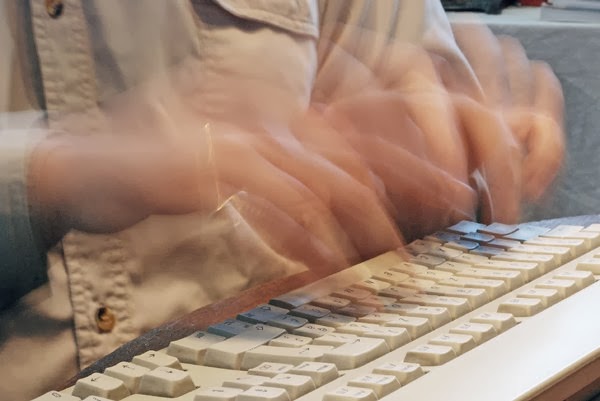 2. Write in short bursts. I discovered this by accident. One year I was deathly sick in November. I could only push myself to write 15 minutes at a time and then I would have to rest. What I discovered was I was more prolific in four 15 minute session than I was in a full hour. Why? Because I was always writing rested. Consider writing in 15-20 minute sessions separated by 15 or 20 minute rest periods. This also helps with time management. Sometimes you can't find an entire hour, but you can find four 15 minute segments.

Terri Main is a retired college professor and the author of 25 books including fiction, nonfiction and Bible Studies. She is single and lives in Reedley California with her five cats. Her most recent book, Fangs for the Memories is a cozy mystery set in a small town on the moon. You can check out all of Terri's books at http://amazon.com/author/wordmaster)