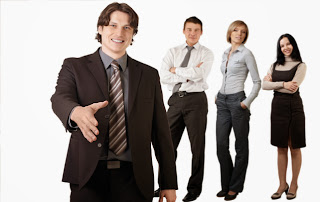 At the beginning of every story, the audience is ready to meet the new set of characters you've dreamed up for them.  One of the challenges in writing that opening scene can be deciding which of your characters your audience will meet first.

Protagonist, in its original Greek, means "first in importance".  While this person will be the central figure of the story, we don't necessarily need to make them the first to appear.  There will be times when it's advantageous to bring them in later.

Taking a cue from stage plays, especially musicals, the star of the show is often saved until the end of the big opening number.  In West Side Story, both street gangs establish their roughhouse hatred for one another in song and dance long before we ever meet Tony or Maria.  In many cases, this is to allow a Broadway star to make their own magnificent entrance.  But this approach can also allow for a little discussion about the hero before they arrive on the scene, if we need some advance information about their importance. 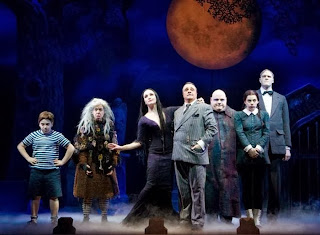 Then again, in The Addams Family musical, the entire ensemble (complete with stars Nathan Lane and Bebe Neuwirth) appeared onstage from the get-go.  These familiar characters needed no introduction, and the sum of the whole had much greater initial impact than if they had been introduced individually.

And there's The Sound of Music, which begins with the heroine, Julie Andrews, singing solo in a meadow.  We learn up front how much both music and the beautiful country she lives in mean to her before anything else takes place.

One of the most inventive character introductions I've ever read started with opening paragraphs describing a fellow walking through a college campus.  It spoke of him appreciating the seasonal decorations and other pleasant details, and at one point he stopped along the way to help someone.  Without a word of dialogue, and without knowing much about this fellow, we already identified with him and liked him. When this fellow arrived at his destination, which turned out to be hiding behind the girls' locker room, the tide began to turn in a very uncomfortable way.  The author had managed to make the reader bond unwittingly with the villain of the story.  Disquieting, and brilliant.

In a murder mystery, the bad guy will often appear before the hero does, if only in shadow.  By the time Perry Mason is called in, the adventure has begun and he gets to play hero from his very first scene. We never see him lounging at his desk with his feet up waiting for something to happen, because it already has.  This tactic is typical in most series, where we are already familiar with the lead character who will carry the adventure.

Who the audience should be introduced to first can sometimes be determined by their role in the story. Will everything revolve around their wants and needs, with a huge character arc taking place?  Or are they more a participant in a bigger theme (like class warfare, as in Romeo and Juliet)?  That bigger conflict may be the thing to establish first.

So whether you place your protagonist in the first paragraph or save them for a grand entrance, this most important character in your story deserves a proper introduction via fortuitous timing.

And speaking of timing, for those of you who came here expecting Abbott & Costello, why not take a break and check out the rapid-fire repartee of these vintage vaudevillians.  If you're a writer who hates to revise, you may be inspired to know that this now-classic routine was originally written as "Who's the Boss?"