Improv and the Storyteller 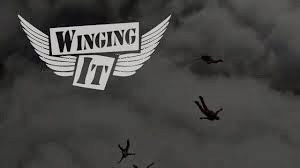 Way back then it was called winging it. Meaning you had to be quick on your feet and able to talk your way into or out of any situation on the spur of the moment. Being witty was a virtue. Effective talkers, we were told, were self-possessed and had a distinct advantage over the rest of us.

Keeping this in mind, way back then I found myself on stage with three pros from the famed Second City troupe out of Chicago. Admittedly, I didn’t really know what was going on but when given an offer of, “Hey, your shoes are untied,” I began to babble. I was on, good grief everyone was looking at me, what if I failed? What if I failed miserably?

The interesting thing was, the more I pushed it, the worse it got. I carried on about the dire consequences that could befall me if I tripped and fell. The ambulance, my screaming out in pain, the driver stepping on the throttle, the crash—on and on until it became hopeless. Nothing was happening, just me carrying on. The other two players had nothing to do but stand there and wait until I finally painted myself in a corner and gave up.

I soon learned you simply had to take the other players into account. That in order to create a scenario—any scenario--there had to be a who, where and what that involved everyone. No matter how bland the offer, what came of it could turn into something lively.

For instance, the person tossing out “Hey, your shoes are untied,” is actually starting something. As in, “There you go again.” Instead of babbling and going off on a tangent, an ongoing relationship could have reached a semi-crisis. If I had known what I was doing, I could have ignored her, taken off my jacket, threw it in a corner, kicked off my shoe and plopped down on a chair as if daring her to do anything about it. As she stood over me, at a loss shaking her head, the third player, realizing she must be a key element in a dysfunctional marriage (an in-law perhaps) could’ve jumped in, snatched up the shoe and the jacket, confronted my wife and said, “Blanche, that does it. Are you really going to put up with this ne’er-do-well? Either he goes or you’ve seen the last of me and my money.”

Not that any of this is brilliant. It’s only that the dialogue only comes about because it has to. The story is there because it’s built-in not cobbled-on. 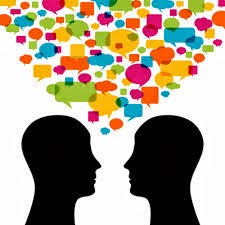 Needless to say, I quickly learned my lesson. I try to make sure everyone who appears in my novels has a stake in the action. I try never to force the issue. If I’m lucky enough to have set up an engaging set of circumstances, more often than not the tale will become almost self-generating. With me as a guide, they’ll be a gap between what any central character wants. His or her drive, in turn, will cause complications, greater effort as a result and even greater complications as the tale rides on its own momentum. 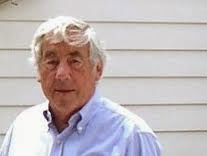