Did You Survive Mercury's Retrograde? 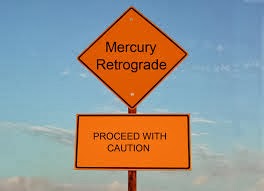 I'm an NCIS and NCIS-LA fan. Last week, Deek's, one of the characters on NCIS-LA mentioned "Mercury in retrograde" twice. The episode entitled, "The Livelong Day," showed two sets of partners disagreeing over topics not exactly related to the case.

Since I'm not an astrology follower or a student of astronomy, I had no idea what the term meant. Being a writer, I did what writers do, researched the term. The good news is “Mercury in retrograde” last period of 2013 started October 21 and ended November 11. The bad news it happens three times every year at different periods during each year.

According to "The Old Farmer's Almanac, we are all influenced when Mercury is in retrograde." The planet Mercury is known as the planet governing truth, transportation and communications. When planets appear to be moving backwards this illusion is referred to as a planet "in retrograde." A lot of planets have this "retrograde illusion" but Mercury seems to cause the most negative issues. Who knew? 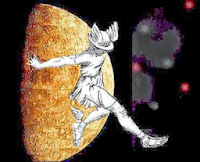 During this time of “Mercury in retrograde”; miscommunication, misjudgment, decisions regarding travel, or engage in new activities may be problematic. The negative impact could have a disruptive “one step forward, two steps back” kind of result. Mercury retrograde with the appearance of backward streaming in the skies gives backward intention to all communications, period. Yikes!

I think this phenomenon makes for an interesting consideration given November is National Novel Writing Month. A number of authors I know are having troubles meeting their daily word count goals, according to their posts on various social media sites. Is “Mercury in retrograde" to blame? Sorry, I think, NOT, nice try but the period has ended. 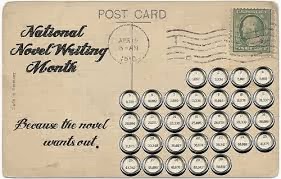 If you are one of the 294,522 writers committed to having a completed novel by November 30, it's time to buckle down and get that novel written. Stay off all the social media venues and write your book. You need this time you have chosen to craft your book. Succeeding in this goal will make you feel accomplished. After your book has been published you can tweet and give status updates on it's release, but only if you write it.

Forget “Mercury in retrograde” it's over and finish your novel. Fourteen days of November has past, it's okay. There is plenty of time for you to reach your goal and finish that novel!