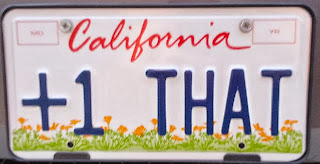 Whether you realize it or not, you’ve probably got at least one pesky word—a word that slides into places where it doesn’t belong and slows the sentence. A pesky word can pop up anywhere; most of the time it’s unnecessary, unwarranted and lumpy. Okay, you’re working on a 50,000-word story, but I seriously doubt you want 5,000 of them to be dragging their heels rather than moving the action forward.

My pesky word is “that.” Instead of saying, “It was a letter I intended to mail,” the word that squirms itself in and the sentence becomes, “It was a letter that I intended to mail.” My pesky word all too often shows up in dialogue and makes the characters sound stinted and dull. In common everyday speech, people do not include those extra words. They say what they have to say without adding flowers and bows. If you get rid of your pesky words, your characters will shine through as the stars they were intended to be.

I write in a Southern voice and when pesky words creep into my character’s dialogue, they lose the sound of the South.  Southerners are by nature gentle souls, they don’t use over-structured language. When I strip away the unnecessary words, those characters become as natural as your Aunt Sally or Uncle Oscar. 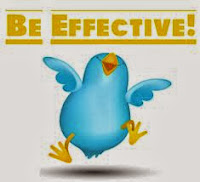 “That” isn’t the only pesky word around, there are lots of them—and, but, the, when, because, almost—the list is endless. So how do you find these critters? How do you flush them out into the open and get rid of them? The best place to start is by reading your work aloud. If you stumble over a word, the probability is it shouldn’t be there. If dialogue doesn’t sound natural to your ear, it won’t sound natural to the reader either.

Try it, and if you suspect you’ve got a pesky word, search it. If the result page is filled with highlighted boxes, you’ll know for sure you’ve found the bugger and you can start being a bit more wary about using it. 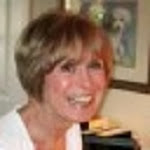 Award-winning novelist Bette Lee Crosby brings the wit and wisdom of her Southern Mama to works of fiction--the result is a delightful blend of humor, mystery and romance along with a cast of quirky charters who will steal your heart away. She received The National League of American Pen Women Award for a then unpublished manuscript in 2006. She has won another NLAPW award, three Royal Palm Literary Awards, and the FPA President's Book Award Gold Medal.Her published novels to date are: Cracks in the Sidewalk (2009), Spare Change (2011), The Twelfth Child(2012), Cupid's Christmas (2012) and What Matters Most (2013). She has also authored "Life in the Land of IS" a memoir of Lani Deauville, a woman the Guinness Book of Records lists as the world's longest living quadriplegic. Crosby originally studied art and began her career as a packaging designer. When asked to write a few lines of copy for the back of a pantyhose package, she discovered a love for words that was irrepressible. After years of writing for business, she turned to works of fiction and never looked back. "Storytelling is in my blood," Crosby laughingly admits, "My mom was not a writer, but she was a captivating storyteller, so I find myself using bits and pieces of her voice in most everything I write."The Twelfth Child" won First Place in the Royal Palm Literary Award Competition for Women's Fiction! "Cupid's Christmas" won Third Place Award.

Email ThisBlogThis!Share to TwitterShare to FacebookShare to Pinterest
Labels: Bette Lee Crosby, Cracks in the Sidewalk, Cupid's Christmas, Life in the Land of IS, Spare Change, The Pesky Word, The Twelfth Child, What Matters Most