5 Characterization Mistakes—and How to Avoid Them 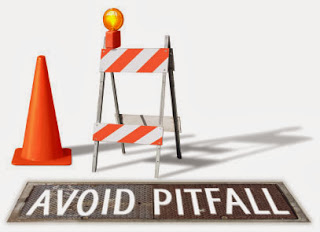 Common mistakes can undermine a novel. Thankfully, you can route them out before this happens to you. Here are five pitfalls in crafting and portraying your characters—and how to avoid them.

Mistake: Giving historical characters 21st century dialogue, attitudes, and values.
Do your homework and research the culture of the region and era. A colonial character whose cause is women’s suffrage, for example, won’t ring true.

Bottom line: Be true to your time period.

Mistake: Letting characters be two-dimensional.
Even villains should have something sympathetic about them, and heroes should be imperfect.

“Without personalizing, we face the pitfalls of clichéd characters such as the ‘old man’ or the ‘young woman.’ Our adaptation of personalizing focuses not on hair color and body type, but on the discovery of a character’s inner values, which give rise to unique traits and mannerisms that will become an integral part of the story.” ~Brandilyn Collins in Gettinginto Character

Bottom line: Let them be full people, with flaws and strengths, motivations, goals and internal conflicts.

Mistake: Skimping on the character’s conflict and motivation.
Without compelling motivation, a character won’t strive toward a goal at all costs. Keep up the tension by pitting one character’s motivation against another.

“Good conflict should push your character further and further from their goals, yet strengthen their motivation to push ahead.” ~Susan May Warren in From the Inside Out

Mistake: Not using beats to convey character emotion and drama.
Rather than always using tags with dialogue (“she said,” he asked,” etc.), use beats of action or feeling to convey nonverbal cues.

For example, here is a portion of Chapter 1 in my novel Widow of Gettysburg, using tags:
“I am sorry for your loss, truly,” he said. “How long’s it been? Since your husband died?”
“Since the Battle of Bull Run,” said Liberty. “The first.”
“Almost two years. You should be out of mourning soon.”
“If I so choose,” she replied. “Some widows wear black for the rest of their lives.”
“And bury yourself with the dead? I can’t imagine that kind of life for you.”
“It’s not your concern,” she said. 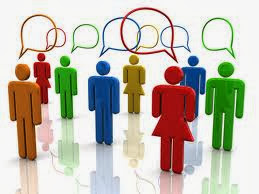 Now here is it again, using beats instead:
“I am sorry for your loss, truly.” His gaze probed her face, and she wondered if she looked sorry for her loss, too. Or just guilty. “How long’s it been? Since your husband died?”
She swallowed. “Since the Battle of Bull Run. The first.”
“Almost two years. You should be out of mourning soon.”
Liberty stiffened. “If I so choose. Some widows wear black for the rest of their lives.”
“And bury yourself with the dead? I can’t imagine that kind of life for you.”
An unwelcome tingle ran down her spine. “It’s not your concern.” She pounded the dough again.

Bottom line: Use beats to further personalize your characters.

Mistake 5: Letting your characters off easy.
Crisis both reveals what a character is truly made of, and transforms them. What is the worst thing that could happen to your character? Now do that, and let the character respond authentically.

Bottom line: Make life for your character extremely difficult, and watch what happens.

Go deeper with your characters with these five tips, and your plot is sure to improve.

Award-winning author Jocelyn Green inspires faith and courage in her readers through both fiction and nonfiction. A former military wife herself, she offers encouragement and hope to military wives worldwide through her Faith Deployed ministry. Her novels, inspired by real heroines on America’s home front, are marked by their historical integrity and gritty inspiration. Her first novel, Wedded to War, is a double finalist in the Christy Awards.
Visit her at www.jocelyngreen.com  Facebook: facebook.com/jocelyngreenauthor

Email ThisBlogThis!Share to TwitterShare to FacebookShare to Pinterest
Labels: 5 Characterization Mistakes—and How to Avoid Them, Brandilyn Collins, Getting into Character, Jocelyn Green, Southern Writers Magazine, Suite T, Susan May Warren, Widow of Gettysburg