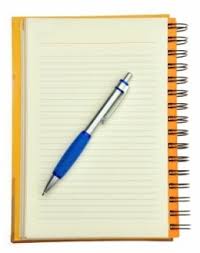 Memories, thoughts, observations, ideas … they are all the stuff of stories.

For instance, “bumping into Jesus” became writing about the many times that people stumble into the path of the carpenter from . Indeed, some encounters are prayed for fervently while others are quite unexpected. A sermon series on walking through life with God turned into my first attempt at poetry describing the footsteps of parents who stand in front to teach, walk beside as friend and remain as the unmoving rock providing stability for maturing children. My minister might be shocked, and amused, if he knew that some of my best writing ideas have come during his twenty-minute conversation with the congregation. A chance word, a short phrase and my mind is off the grid developing a new idea, setting a scene and crafting dialogue.

During a prayer retreat, I transformed a Bible passage into a vivid scene where I became part of the crowd and followed the steps of the disciples.  The challenge required me to search for words to paint an ancient setting, and to describe the fear and denial expressed by the disciples.

My first assignment in an online writing class was about a blade of grass.  I knew what the instructor wanted, some deep mind, body discussion about grass, but I couldn’t get all that enthused since the Bermuda in my yard suffered from armyworms that had marched through like to the sea.  Left with brown stubble and exposed roots, I chose to write from the Bermuda Blade’s perspective, a bit of tongue-in-cheek whimsy.  The instructor was not pleased, but I laughed.

Another writing class instructor provided starter sentences for a writing project.  I chose, “Seeing Paris in this light….”  Assuming referred to the city in , and not something I’d ever visited, I selected a comparison between it and that not-so-famous in where the tallest structure is the Baptist church steeple and a huge sign of an open-mouthed catfish sailing out of the water welcomes visitors.   , no Notre Dame cathedral, no , but lots of July 4th fireworks, a boisterous parade, and the energetic Stars and Stripes Forever with the locals dancing in a chorus line. 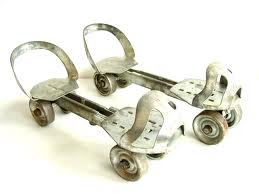 Another writing project about my favorite color resurrected a memory of my old silver skates, the kind that were fitted on shoes and had a key that nobody could ever find.  Posted for the class to read, it elicited funny, fond memories from the other classmates who had had the same struggle as I—keeping up with the key.
The point is that interesting writing topics can come from anywhere—memories, thoughts, observations, ideas.  Not every venture will evolve into a short story, best-selling novel or meaningful devotion, but the creative exercise will stimulate the mind and help develop new ways of expression.  Now, I’m ready to indulge in a little “flash fiction,” a complete story in ninety-nine words.  It’s a joyful attempt at writing tight and deleting all non-essential words.  Then I’ll finish the story about a scout troop and the railroad detectives.