Cow Appreciation Day and Your Writing? 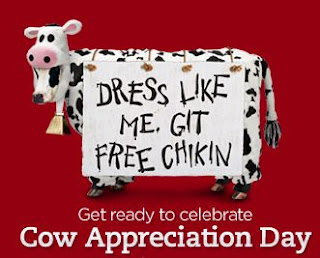 Maybe it's only in America that people willingly dress up like farm animals to get free fast food on a certain date. We are quirky that way. A southern fast food chain deems a certain day in the summer as "cow appreciation day". Why would a restaurant make this an event? They serve chicken not beef, so this is to encourage people to eat more of their chicken. Note, this is not on Halloween when it's not uncommon to see costumed adults driving around in bizarre get-ups. You will definitely embarrass yourself if you want to get anything free to eat.  A full cow costume worn into the restaurant will get you a full free meal but a partial costume will get you only an entree.

Just stop and think about how you could incorporate this, dare I say, farcical opportunity into your book to move your story along.

Your book's adult character locates a cow costume but no children to help minimize the embarrassment. Dressed as a cow, gets barked at by their own dog. While locking their door, neighbors out to get the morning paper stop, mouths open, gawking and stare while half raising a hand in a tentative greeting. Cow clothed, trying to fit behind the steering wheel your character finally manages to shut the door. On the way to the fast food chain an accident occurs. It's not really an accident but the responding police officers can't stop laughing. The rest is up to you the writer. Have fun writing your scene.

The next time you see the dancing pizza guy playing fake air guitar on the busy corner trying to sell pizza, remember he could have a place in your book to move your character forward. What if he is really an undercover DEA agent? Then how about the person dressed as Uncle Sam trying to get you in to do your taxes? What if he was really a mob hit guy? 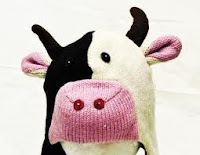 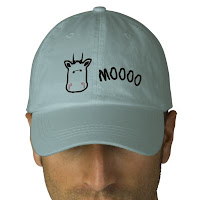 I'm sure by now, you are thinking about everyday things we see, ripe for writing into your story or book. I turned the cow scenario into a story which will appear in the next anthology book of CCWriters2. Today, I'm trying to find a cow costume. No not really, y'all, but maybe a cow hat? But which one do I choose?