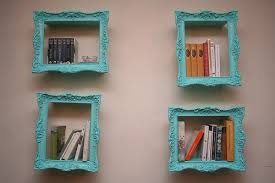 As a non-fiction author, professor and scientist, I come to the noveling business from a unique vantage point. During the last decade, I published five non-fiction books, ranging from graduate level textbooks to books for general audiences. Yet my true passion has always been fiction. So why start with non-fiction? Well, as a professor, non-fiction comes easy. In the technical book world, you see, publishers approach you, not vice versa. “Could you please write a book on a topic of your choosing?” Quite refreshing, actually, now that I have seen what it actually takes to get published as a novelist. What a slog!

With Silicon Earth, a non-fiction book on nanotechnology for general audiences, I managed to arm-twist my editor into allowing me to experiment with a breezy and informal, fun, non-textbooky voice (no small feat, since I was writing for the oldest publisher on the planet, Cambridge University Press!). Silicon Earth worked very well and I absolutely loved finding and honing a narrative voice to call my own. When I finished Silicon Earth in 2009, I thought, ‘yep, time to try my hand at noveling.’ And so I did.

Non-fiction and fiction are very different animals. Fiction requires a clear voice and a vivid imagination, and much more intimate contact with the material, a daily obsession of sorts. The magical part of the creative process in fiction writing is that inevitably the characters and plot threads begin to deviate from plan, assuming a life of their own. I love this!

Dr. John D. Cressler spent 8 years at IBM Research and 10 years at before joining Georgia Tech in 2002.  Emeralds of the Alhambra is the TED talk presenter’s debut novel. Connect with John on Facebook, Google+, Twitter, and GoodReads. Emeralds of the Alhambra, his debut historical novel, is an interfaith love story set in medieval Muslim Spain, and was just released by Sunbury Press. With Emeralds I use a love story to reawaken a largely forgotten period of history when Jews, Muslims, and Christians lived together in peace. Relevant to 2013? You bet it is. Book two in the series is ¾ done, and I am loving every minute of it!