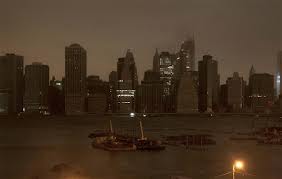 I sat alone in my cold, dark apartment nursing disappointment, doubt, and discouragement. The storm surge from Hurricane Sandy had wreaked tremendous damage. Its incredible wind and flooding had downed trees and power lines, flooded cars and homes, and destroyed many other things. I held compassion in my heart toward those whose lives had been devastated, and at the height of the storm, my thoughts and prayers were solely for them. My own neighborhood had experienced widespread power outage, loss of heat, and subway shutdown. But the gloomy feelings I was experiencing now were coming from the storm’s very personal impact on me.  had swept away my plan to attend a Writers Conference.

I had completed all the preparations days earlier. My new lilac colored suitcase was packed and the stylish fuchsia jacket I planned to wear to my interview with an agent was inside it. The photos that a young employee at Staples had added to my One Sheet had given it a polished and professional look. And I had practiced my pitch over and over again until I could recite it flawlessly word for word.

But, alas, was still flooded from the storm surge, and the airline had canceled my flight. I could not go to the conference to seek representation for my manuscript, Kaleidoscopic Glory, after all. As a result I sat alone and dejected in my apartment, lamenting the lost opportunity and giving way to gloomy feelings. Then, out of sheer habit, I idly lapsed into rehearsing the pitch for my manuscript. The words of the Banner blazed in my thoughts: ALARMING EVENTS GRADUALLY UNRAVEL DAN’S SECRET INTENTIONS. I recalled the brief summary: When Nadine, a shy young woman bent on living for God’s glory, marries Dan, a former Israeli soldier who is harboring an obsession, his secret intentions soon put her life in peril.

My confidence had been boosted recently by some comments and suggestions in a four-page review from a Professor Emeritus of English at the City University of New York Graduate Center. With this significant encouragement and with my manuscript completed, everything had seemed so convenient and right until the storm surge swept the plan completely out of my control. 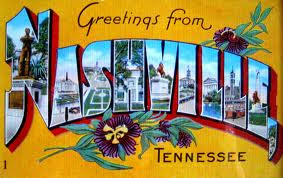 I had encountered other extreme situations in life and had learned to face and weather such challenges. Growing up in , I had acquired a bona fide familiarity with Biblical principles and promises, and they often served as my source of guidance and encouragement. I struggled to calm down and do some serious soul-searching. 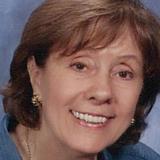 Nadine Hapaz lives in vibrant  where she serves as one of twenty-six Deaconesses at the historic  located across the street from Carnegie Hall. She was born in ,  and her adult son is a member of a world-renowned  theater company. Nadine gained valuable life experience in her early years as a New York Bible Society agent employed to visit the patients in ’s many hospitals and nursing homes and provide them with Scripture booklets. She also has experience as an early childhood teacher in  and , and in responsible positions at two government agencies that greatly impact the quality of life of many needy citizens. She is a graduate of , and completed her BA in English and MS in education with a minor in English at City University of New York. Although she has no green thumb, Nadine has held a lifelong love of flowers.