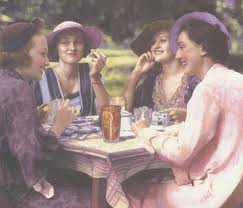 The first time my Bridge Club officially gathered was an evening in 1969, but we had been partying together for years. The most recent time will be tomorrow evening although only five of us happen to be in the same vicinity. After more than forty years the friendship shared by the ten women of my Bridge Club is very much alive and well in spite of geographic distances interfering with the frequency of seeing each other.

Seven years ago, I was wintering in Florida with my newly retired husband. Unfortunately he was also newly unable to play golf or tennis. I found myself with time on my hands. A lot of time. I began writing The Bridge Club.

Initially my writing was purely for the amusement of my Bridge Club friends but, as others read excerpts, I was encouraged to consider publishing. Seriously? Could I?

Writing a book had never been on my agenda. A photographer all my life, I had told stories through my photos. I had been a teacher. Everyone said I left the longest voicemail messages. Perhaps I could write a book.

The support of my Bridge Club was loud and unanimous. A novel was conceived.

Bridge is a fabulous game. Challenging, exciting, frustrating, demanding, it requires honesty, concentration, teamwork, and communication. You play the hand you are dealt. Not unlike life.

But in The Bridge Club, as it says on the cover: “It was never just about the
cards.”

It was life I wanted to write about. The strong supportive non-judgmental bond, which the true friendship of women delivers: like that of my Bridge Club. My editor urged that readers want to see conflict and drama between women. I argued this is a stereotype often applied to women and their friendships and I refused to fall prey to it. Often friendships are true, honest, and strong. Often the issues we face in life do work out. That was the story I wished to tell. 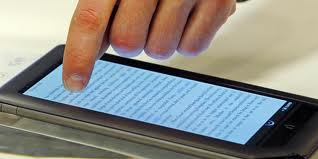 Becoming knowledgeable about the business of publishing involved a steep learning curve. Queries were sent. Rejections received. Some interest was generated. “A year and a half before we may get to it,” I was told. 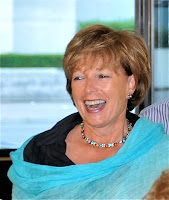 Patricia Sands lives in Toronto, Canada, when she isn’t somewhere else. An admitted travel fanatic, she can pack a bag in a flash and be ready to go anywhere … particularly the south of France. Most winters are now spent in southeast Florida where she definitely feels the southern spirit! With a focus on women’s issues and ageing, her stories celebrate the feminine spirit and the power of friendship. Encouraging women of all ages to stare down the fear factor and embrace change, she has heard from readers ages 20 to 83. Her award-winning debut novel The Bridge Club was published in 2010 and her second novel, The Promise of Provence was an Amazon Hot New Release in April 2013.She has recently been invited to lead an 11-day tour of the south of France for 14 women in June 2014 with the Women’s Travel Network.You may contact Patricia at her Facebook Author Page or her blog where there are links to her website, Twitter, etc. She would love to hear from you!

Email ThisBlogThis!Share to TwitterShare to FacebookShare to Pinterest
Labels: business of publishing, IT’S NEVER TOO LATE TO BECOME WHAT YOU MIGHT HAVE BEEN, Patricia Sands, Rejections, The Bridge Club, The Promise of Provence