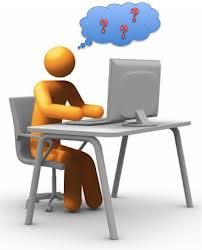 I got my start in writing after doing my first NaNoWriMo in 2009. If you are not familiar with this, you write a 50,000-word novel in 30 days.  That’s 1,667 words a day. It costs nothing and there’s a fun community of around 20,000 insane individuals from around the world who are doing the same thing.  Glorious insanity.


I have participated for four years. Last year (2011) was the first year where I did not finish the novel. I still won but my story wasn’t done. I had lost steam. Yet – when I read it now, even in its rough draft form, it is probably my favorite.

I have written two novels, a novella, flash fiction and short stories as well as non-fiction, outside of NaNoWriMo as well. I have proven to myself that I do not need a deadline to get something done. 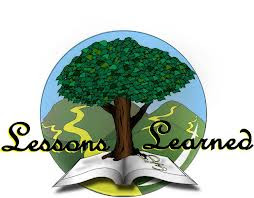 I have learned some things in the process of writing along the way.

1.I’m a “panster.” I write by the seat of my pants. I might do a little research but I do not outline my novel. I know the first scene, possibly some tidbits of what might happen and where I want them to be at the end. I may even do character interviews for my two main protagonists. Beyond that, I wing it.

2.When you start, NaNo or not,  hit it hard. No matter how many words you have in after seven days and no matter how much you love your story, it gets harder after that.

3.Having a day off is not the end of the world.

4.I am both an awful writer and far better author than I give myself credit for. When I have people critique my work, it stings. But when I read something months later I’m sometimes shocked by a turn of phrase and have to sit back in wonder that I wrote this! The fact is no one writes a perfect first draft. My critics make me better. The art and magic happen in the rewrites.

5.Never stop learning. Deep point of view. Using the senses. Strong verbs. Avoiding those pesky adjectives. Finding those pet words that crop up. I had one manuscript where I found the word “then” 63 times. I deleted them all.

6.Hang on and enjoy the ride. I love the wild adventure that my characters take me on as I throw things at them to overcome.

7.Find other writers to connect with.

8.Write short stories. Flash fiction (1,000 words or less) or short (under
3,000) and practice tightening up your style.

Susan M. Baganz is an author of historical Regency as well as contemporary romances, all in various stages of revision. She has recently been published in the anthology “I Choose You” by OakTara Press. She has a non-fiction book contracted and due out in 2014 (under another name). Her children roll their eyes when she’s in the zone but her son told her with her recent book release: “Mom, that’s epic!” Who needs more? Pintrest: silygoos Twitter : @susanbaganz
Web site: www.susanbaganz.com
Fan page: www.facebook.com/susanmbaganz
Google+ : Susan M. Bganz  LkedIn: Susan M. Baganz