Writing Time Is Of The Essence 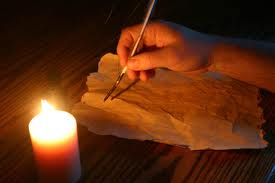 For most people who write, writing isn’t a full-time job. Most people aren’t fortunate enough to be able to match the success of James Patterson or J.K. Rowling. But that doesn't stop them from striving for publication.

Most of us work a day job and then write when we can. This might be in the evenings, at weekends or, like with me, during holidays. I’m a secondary school teacher – head of English, Media Studies and Drama in Garston, Hertfordshire – so my evenings are typically spent on my school responsibilities: planning lessons, marking students’ work and completing my management duties.

Full of Sin, my first novel, was written over a period of four years – and it’s a short book at only 180 pages. But I think challenges on time aren’t unique to me; they’re faced by most authors. How can you write a novel when you have to work 9AM-5PM? Or, indeed, if you have to work in the evenings as well, as teachers, lawyers and members of many other professions have to?

I wrote a draft of a story – 200 handwritten pages – when I was just 16. When I was 22 years old, I returned to that story and Full of Sin was born. When I was 26, it was published by a small independent press in the north of the . It didn't sell well and, looking back on it, there were a number of things we should have done differently, but it was thrilling, after hundreds of rejections, to finally be accepted for publication.

As part of my work at school, I met international bestselling author Sophie Hannah, whose debut novel Little Face is one of my favourite crime novels. She read Full of Sin and enjoyed it, but as a dark drama she realised its market was limited. She advised me to try my hand at writing crime fiction, so I set out to produce a novel in the style of LittleFace. A character is in an extraordinary situation who has to find a way out, which to the reader seems impossible. A police investigation runs concurrently.

My story – John Simmons’ girlfriend goes missing en route to an evening at the theatre in and when the police investigate they find no evidence that she exists – ended up called The Waiting Game. I was signed up by a top agency by a wonderful agent, Sonia Land. She represents, among others, Susan Hill, Peter Ackroyd and Neil White. After working on the novel together, it was retitled The Missing and released by Peach Publishing. 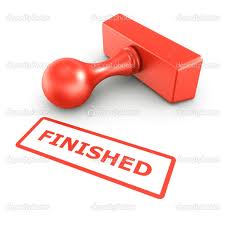 This time the journey from the first word to the final product lasted about two years.

Since its release in June, The Missing has sold almost 40,000 eBooks on Amazon and became a top ten bestseller, peaking at number six. A paperback will be forthcoming, exclusively through Amazon. And because of its success, I was able to rewrite Full of Sin, which has since been rereleased.

The Missing, like Full of Sin, was written during breaks from school. Publicising it has been another important factor – whatever free moment there is in an evening or at a weekend needs to be spent online, working on various social media channels. Social media is, indeed, remarkable in its capability in reaching readers. 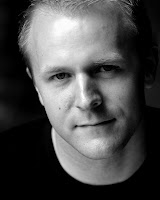 Karl Vadaszffy trained as an English teacher and trained actor at the London Centre for Theatre Studies. He has edited magazines, taught English as a foreign language in and taught English, Media Studies and Drama in secondary schools in . He is the Head of English, Drama and Media Studies at an Ofsted  in Hertfordshire. Karl currently juggles his teaching responsibilities with work as a freelance journalist. His articles regularly appear in ten industry-leading magazines that cover the automotive, aerospace, technology and travel sectors. His articles are read by over 12,000 subscribers in print, and more online. arl established The Astley Cooper School’s author visits programme, many bestselling authors including Frederick Forsyth, Jodi Picoult, Sophie Hannah, Peter James, Darren Shan, Joanne Harris, Michael Marshall, Deborah Moggach and Elizabeth Buchan. Karl was a competitive fencer for seven years and a three-time British Epee Champion. He has coached actors in fencing, including Ralph Fiennes and Robson Green, to prepare them for screen roles. www.karlvad.com  https://twitter.com/KarlVad
https://www.facebook.com/karl.vadaszffy

Email ThisBlogThis!Share to TwitterShare to FacebookShare to Pinterest
Labels: Full of Sin, Karl Vadaszffy, The Missing, Writing Time Is Of The Essence