My fascination with colonial , especially the Revolutionary War, began as a child watching the Disney series about Johnny Tremain and the Liberty Tree. I responded to an advertisement for a record of the theme song, The Sons of Liberty, which I played over and over on my small record player, marching around my bedroom like a continental soldier.

The Revolutionary War was a turbulent time of high passions and human drama --’s first civil war that tore families and neighbors apart.  Everything about the era appeals to me. A soft glow reflected in a pewter mug, a crisp white mobcap, delicate lace dripping from the elbow of a sleeve, a neatly tied cravat, fiery and impassioned voices arguing over the war, the smell of freshly brewed tea – all of these things stir my imagination.

Often when I’m researching (which is my favorite part of writing), I discover tidbits of information. I get so excited about them I call them “my treasures.”  I try to weave my treasures into my stories so subtly, so naturally, that my reader isn’t even aware that he or she is learning something.

I want to give my readers a sense that they’ve stepped back in history. I strive to provide them the excitement of an adventure and a feeling that they’ve gotten to meet, know, and care about a cast of interesting people.

I especially enjoy shining the candlelight on the contributions of women in history, particularly the backcountry women of the South.

Most everyone has heard of “steel magnolias,” southern women who are strong and independent yet very feminine. Women who can rip another woman up and end it with “bless her heart.” 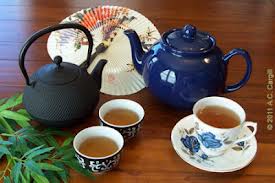 Another group of women I call “cast iron chamomiles,” backcountry women who, when their husbands left to fight in the Revolutionary War, faced head on an enemy that rode up to their front porches, burned their homes, stole their food, livestock, and left them to fend for themselves and their families with sometimes only the clothes on their backs. Women who could not only “bring home the bacon and fry it up in a pan,” but who could shoot the pig, haul it to the barn, and butcher it, making use of every single part, including the hair on its jowls.

Not surprisingly, in my research I’ve come across familiar names like Dolley Madison, Betsy Ross, and Molly Pitcher, whom I had read about in my American history classes.

But what about women like Nancy Hart, the sturdy wife of a farmer named Benjamin, who lived in a log cabin in ? She was muscular, six feet tall, cross-eyed, and had a vicious temper and was quite a marksman with her musket. The Indians called her Wahatchee, meaning War Woman, out of the healthy respect and fear they had for her.

She hated the Tories and never lost an opportunity to show her feelings for them.


In one account, five Tories paid a visit to . After entering her cabin, they asked if it was true that she had helped a Whig rebel escape from the British.  not only admitted it, but proceeded to tell them how, laughing at how easily she had fooled the king’s men.

The Georgia Whigs used as a spy on several occasions. One time she dressed as a man and entered a British camp, pretending to be crazy, and was able to come away with vital information on the British troop movements. Another time the Georgia Whigs badly needed information about what was going on the  side of the . As there were no volunteers for the mission, Nancy tied a few logs together with grapevines, crossed the river, and obtained the needed information. 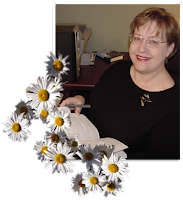 Susan F. Craft, author of The Chamomile, a Revolutionary War romantic suspense, has a degree in Broadcast Journalism from the  The Chamomile, published by Ingalls Publishing Group, won the Southern Independent Booksellers Alliance Fall 2011 Okra Pick. It is the fourth book she has authored. The first two were SC State Library award-winning professional works in the field of mental health, and the third, published in 2006, is A Perfect Tempest, a historical fiction set in  during the Civil War. Craft is a member of the American Christian Fiction Writers, the Palmetto Christian Writers Network, the Historical Novel Society, the SC Writers Workshop, the SC Historical Society, the Robert Burns Society, the Colonial American Christian Writers, John 316 Marketing Network, She Writes, Goodreads, Facebook, and Pinterest. Website http://www.susanfcraft.com
blog http://historicalfictionalightintime.blogspot.comI’m a member of Colonial American Christian Writers, and we have a fabulous blog,http://colonialquills.blogspot.com.