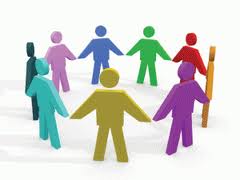 In the last thirteen years I’ve been a member of at least half a dozen writers’ groups. One of the reasons I stopped attending some of them was apathy. Not that I didn’t care, but others didn’t keep up with their writing projects. I understand how other commitments and schedules conflict sometimes with writing. I’m not discussing those instances. I’m concerned about those who attend meetings but don’t bring anything to read or share. It is quite obvious the person just didn’t want to write.

However, there are times when forced writing doesn’t accomplish anything but a headache wasted time. This I also understand. I get to a point in my writing where I can’t seem to put anything substantive on paper. Call it writer’s block if you want but most writers experience it at various times.

In many of the critique groups I’ve joined, including the current one, some may offer prompts to spur the imagination, juice up the creativity, get people thinking and putting SOMETHING down on paper.

Writing prompts are familiar and there are various types. Here's just one example: Each person writes down a place (i.e. setting). Then everybody trades slips and the next person writes an emotion. Trade again and the third item listed is an item. (Could be anything from an axe to a shoe to a moped). Voila! Create a short story from the list.

My current group offers a weekly challenge. Sometimes it will be a strange phrase seen in a newspaper or a certain subject or writing aspect. One week it was using onomatopoeia. A recent challenge was writing bad fiction on purpose, breaking all grammar and spelling and punctuation rules.

I often receive my prompts from television shows or radio broadcasts or something will strike me as interesting in the current book I’m reading. While writing my newest release, Alpha, I encountered many sticking points throughout the story where I needed to put aside the manuscript and write something else. I needed to focus on another topic, other characters, and let the original problem work itself out. In time, the bump would be smoothed over and I could continue on the book.

I don’t think writing prompts need to be difficult. Open the dictionary at a random point, close your eyes and put your finger on the page. Whatever word you’ve covered, type it into the Internet image search engine of Google, Yahoo, or any other popular page. Who knows what you’ll discover. Some pictures are related to the word only by a stretch of the imagination. This is what makes it fun. Create a story from one of those weird word images. 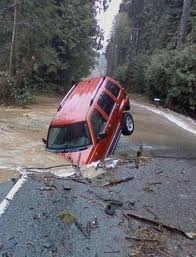 Do you want some examples? Try an image search for any of these words:
‘’ ‘macabre’ ‘dybbuk’ ‘fibroma’

The world is a weird and wonderful place and you’re going to find some interesting pictures. I guarantee you won’t find a single word that doesn’t have an image, even if the computer must search long and far for one. If you’re more daring, turn off your filters.

One warning: don’t get hooked and spend all your time on the Internet searching for weird pictures. Surfing the web can allow your mind to roam free, but you’ll find hours have passed and you’ve accomplished nothing.

Stephen L. Brayton owns and operates Brayton’s in . He is a Fifth Degree Black Belt and certified instructor in The American Taekwondo Association.He began writing as a child; his first short story concerned a true incident about his reactions to discipline. During high school, he wrote for the school newspaper and was a photographer for the yearbook. For a Mass Media class, he wrote and edited a video project.In college, he began a personal journal for a writing class; said journal is ongoing. He was also a reporter for the college newspaper.During his early twenties, while working for a Kewanee, radio station, he wrote a fantasy based story and a trilogy for a comic book. He has written numerous short stories both horror and mystery. His website is: www.stephenbrayton.com He has two blogs at: www.stephenbrayton.wordpress.com and www.braytonsbookbuzz.wordpress.com