Writing is My Life 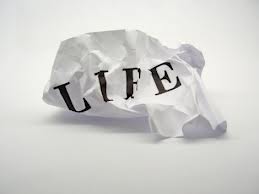 “I’ll live my life, and then when I get to old to live it, I’ll write about it.”

That’s what I used to think, but then I realized that I was wrong.

You must write about life as you live it.

Writing is my life. It always has been. I started writing when I was in high school. I hid in my room and wrote short stories, poetry, letters … virtually anything I could think of. I wrote my first short story The Door at 14 years of age, which I later rewrote and published in an anthology. Writing has always been therapeutic; a way to get my feelings out and onto paper. I loved escaping into the worlds I created, tagging along with my characters on their adventures.

Then, life happened. I still wrote when I could, but not like I wanted. So, later in life, I decided to go to college for writing. First, I earned my Associate of Arts degree at ,

After my husband was laid off from U.S. Airways due to Sept. 11, 2001, we moved to . It was then that I decided to pursue my dream of writing in earnest, so I enrolled at the of at Martin, , and earned my Bachelor of Arts in Communications degree, News Editorial sequence. While in attendance, I was pregnant with my youngest child. One semester I attended my classes; I had my baby over the summer, and went back for my final semester. Even though I had three children at home — and one a baby — I didn’t give up my dream of becoming a writer.

We moved back to and I became the assistant layout editor for the Florida Catholic. While in college and working, I wrote and published over 125 news articles. Although I loved feature writing, it just wasn’t enough.

I missed writing fiction. Then life happened again and we moved to . There, I earned my Master of Arts in Teaching, Early Childhood Education sequence, from , , and became a teacher.

I almost thought that my writing days were over when I remembered the infamous words of one of my professors, Dr. Richard Robinson, at UTM. When I told him I wanted to write a book, he told me simply, “Well, what’s stopping you? You only need a pencil and paper—and maybe a computer.”

Soon, I wrote my first novel, “Cambria, Cambria Series, Book1.” Even though it was very rough and I had to revise it several times before publication, I had written my first novel. Then I read Twilight, by Stephenie Meyer after a recommendation from a fellow teacher. I read the whole Twilight Saga within a week over a Christmas break. After reading the series, Stephenie Meyer inspired me to write young adult fiction.

I stumbled across the Stephanie Meyer Facebook fan site, ran by two fans, Nikki Shah and Dana Piazzi. I began entering their writing contests and won several when Nikki encouraged me to create my own short story page. After some deliberation, I decided to take the plunge. Soon, I found myself writing four novels at the same time, posting the chapters of each on Theresa Oliver’s Short Story Page and a fan base quickly grew. 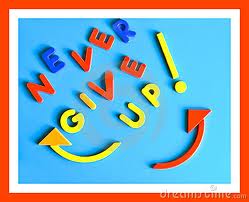 Then, I was accepted by a publishing company, where two of my short stories were published in two different anthologies: The Christmas Cottage was accepted in A Home for theHolidays, and The Door was accepted in 13 Tales of theParanormal.

Soon I published Star, Starland Vamp Series, Book 1, and my publishing company Write More Publications was born. Now I have signed 15 authors and their novels.

Email ThisBlogThis!Share to TwitterShare to FacebookShare to Pinterest
Labels: A Home for the Holidays, Book 1, Cambria, Never Give up, Star, Starland Vamp Series, Stephanie Meyer, Theresa Oliver, Writing is My Life