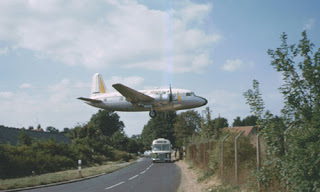 When it comes to qualifying as a “Southern writer,” I fly just under the radar, since I hang my hat in . But throughout the many years of my writing career, I’ve made several forays into the “real” South and have developed a serious love affair with the people who so readily personify Southern hospitality.

I have also come to honor and respect one Southern lady in particular, though she’s long-since gone on to her heavenly reward (which, no doubt, is extensive). That lady is Harriet Tubman. Most historians put Harriet’s birth-date as 1820, though when she entered the world on the eastern shore of the state of , she was actually named Araminta, or Minty. She didn’t take on her mother’s name of Harriet until some years later.

So what’s a girl like me doing writing about a Southern slave woman, particularly since I’m known for writing primarily contemporary fiction? Because the contemporary fiction I write is centered around social issues. My most recent release, TheMoses Quilt, is no exception. The Moses Quilt is the story about a contemporary interracial romance, where the young woman in the relationship has serious misgivings about marrying the man she loves because of secrets in her family’s past. The Moses Quilt is also the story of a slave girl, born penniless and growing up under horrible conditions, with no hope of ever obtaining an education, let alone her freedom. And yet, because of her deep faith in God and the courage she drew from that faith, this poverty-stricken, illiterate young girl became one of the most accomplished and admired women in America’s history.

I am a strong believer that our yesterdays are relevant to our todays, and also to our tomorrows—hence, the telling of a contemporary story against a historical backdrop. This is a lesson the two young people in TheMoses Quilt—Edward and Mazie—begin to learn as they study the life and accomplishments of Harriet Tubman. The woman overcame nearly insurmountable obstacles because she believed that what she was doing was right, and that God Himself had called her to do it. Not only Edward and Mazie’s lives can be changed by understanding that powerful principle, but the readers’ lives as well.

This is a hugely important factor for writers of any genre to grasp, and we must effectively portray it for our readers. I feel called to write more than nice, entertaining stories (though I hope my novels are that); I also believe I have a responsibility to convey a message through my writing. The question is whether that message will be positive or negative. Since I believe it is important to be part of the solution rather than part of the problem, my message must be a positive one. 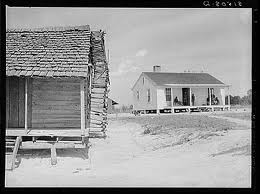 The contemporary story of The Moses Quilt takes readers from the primary setting of San Francisco to the quaint little town of Gee’s Bend, Alabama, where African-American folk have established a community that produces the most amazingly beautiful quilts to be found anywhere in the world. At the same time, the historical aspect of the book takes readers on a journey through the incredibly difficult but ultimately triumphant life and times of Harriet Tubman, a woman with a tender heart and an iron will, who even today influences others with her positive message of faith and courage. The writing of this book has made Harriet Tubman one of my own personal heroes, and it has also become my very favorite “visit” into the heart and soul of ’s beautiful and beloved South.
_________________________________________________________

Kathi Macias is the multi-award-winning author of 40 books, including the 2011 Golden Scrolls Novel of the Year and Carol Award Finalist, Red Ink. Kathi and her husband, Al, live in Southern California, where she is affectionately known as “Easy Writer.”  www.kathimacias.com

Email ThisBlogThis!Share to TwitterShare to FacebookShare to Pinterest
Labels: Kathi Macias, The Moses Quilt, Writing as Part of the Solution…not Part of the Problem