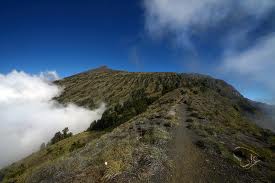 People will ask me, “Where do you get your ideas for your stories?” I have to say they literally come to me out of thin air. Somehow, I am always able to come up with something. I guess my problem is I have too many ideas. I have over fifty outlines waiting to be turned into novels. But another problem I have is I can’t seem to make up my mind what genre to write in. I have ideas going off in all directions, like horror, thriller, sci-fi, fantasy and paranormal. So as to which one I will write, that depends entirely on the mood I happen to be in when it comes time to start the next novel.

But once I do start into a story, it always amazes me how it takes on a life of its own. I will have a basic outline of where I want my novel to go, and even an idea of what I want to happen in any given chapter. The funny thing is sometimes the book, or chapter, will take off and head in a direction I never planned. I start with an opening line and just let it evolve on its own. And as the chapter takes off sometimes so do the characters and what they say and do. The next thing I know they are doing and saying things I never planned. When that happens I have to stop and take a serious look at what is happening with the story. Does this make the story better? Is it something I think I can use in the existing storyline? Or is this going in a direction I really don’t want it to, and I have to chop it out from the point it went off on a tangent? Most of the time I don’t chop, but if it is going places I don’t like I won’t hesitate to do so.

I will say writing dialogue is always extremely exciting for me, as I have no idea what my characters are going to say. I know all my characters and the kinds of things they would say, how they would say them, and how they would respond or react to what is being said or done. But as to exactly what they will say I have no idea. I throw out the opening line of dialogue and let the other character react to what has been said. And then back again. As I don’t know what the response will be until the very moment I write it I have no knowledge of what is about to come. More often than not, my characters shock and surprise me at the things they say. 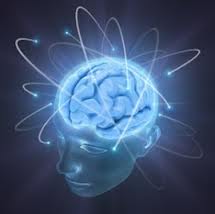 E. H. James is an author writing novels and short stories in the science fiction, horror, thriller and fantasy genres. Laura, The Visitor’s Room, and The Fifth Floor are the first three paranormal short stories to have been released, with The Visitor’s Room winning book of the month, for April, in the Mystery category at Long and Short Reviews. The Red Door, The Orah, and a four story collection, all paranormal short stories, are to be released through Crushing Hearts and Black Butterfly Publishing.Contact Links for E. H. James