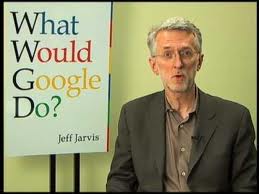 Years ago a motivational speaker brought to light the value of Google when he said he encourages his wife and kids to look things up on Google. This was long before Jeff Jarvis, of BuzzMachine fame, wrote What Would Google Do?. As a matter of fact it was before I had ever heard the phrase, “Google it”. I was intrigued and began searching anything and everything I had a question about.

With smartphones, access to the internet is quick and easy. I have noticed people no longer question but verify with Google. It is not unusual to see people in the middle of a conversation turn to Google to verify statements made. Sometimes the statements are verified but sometimes the statement is challenged. Google can also tell you more than you may want to know but can be great research material.

After traveling to and viewing Michelangelo’s David in the Accademia di Belle Arti in , I became interested in the replicas I saw in . The first tourist stop in is the Piazzale Michelangelo with the bronze replica of David and the famous panoramic view of and the Tuscan hills. The other stop we made with a replica was in the Palazzo della Signoria. It was the site of the original marble David which was moved to the Accademia.  I Google’d it and discovered the history of the replicas and also found several interesting things about the statue itself. 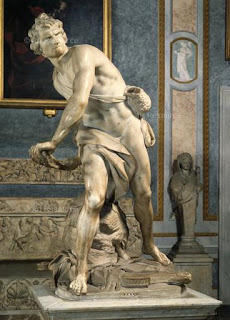 Michelangelo was the third artist to work on and finish the marble statue in the Accademia. It began when Donatello’s understudy Agostino first began work on the 17ft marble David. Agostino was followed by Rossellino whose contract was soon ended. Finally after the block of marble sat idle for some 20 years Michelangelo was commissioned to the finish the job.

Now that is a lot of info but it should be a lesson to us today. You can check or be checked at any time. Research you facts.
As for the statue, in my opinion the most accurate portrayal of David is not the marble one by Michelangelo, or the feminine bronze version by Donatello, nor the boyish bronze version by Verrocchio which Leonardo di Vinci modeled for. I believe the best is the marble portrayal of David by Bernini. But don’t take my word for it, Google it!

Email ThisBlogThis!Share to TwitterShare to FacebookShare to Pinterest
Labels: David by Bernini., Doyne Phillips, Google It, Michelangelo’s David in the Accademia di Belle Arti in Florence