My Journey to Publication: A Lesson in Learning 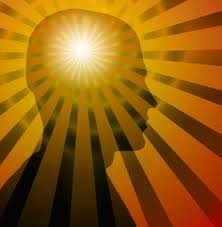 Many years ago I jumped into the serious writing frame of mind and the never ending thirst to be a world renowned published author, with a vengeance. I was pumped up and excited when I found this card (there’s a bigger story behind this picture) and it told me I would write the great American novel, a sure sign from God. I have kepted it wraped in plastic from that day on.

I took the dream of two ideas, one about a child being stalked and then mistakenly given to the stalker and the other about five female friends struggling through a relationship with the same person and with determination, I whipped and stretched them into manuscript formation. Low and behold, as I began my quest for an agent I realized I didn’t have far to look. I worked with a girl whose dad was an agent; another sign from God, or so I thought. Agent went rogue, directed me away from Balantine books who wanted The Perfect Solution and right into the hands of Publish . In order to never fall into such a trap, I recommend following the advice from Writer’s Beware www.sfwa.org/for-authors/writer-beware and Predators and Editors http://pred-ed.com/ who expose scams, etc.

One thing I learned from this entire process was to never give up. So believing this, I decided to self-publish through Amazon and Smashwords. I became a fan and follower of  Joe Konrath. Taking extensive notes I have since published nine books. I write in at least five different genres. My first two babies were reborn and seven new ones came into existence. There are so many people and articles on the internet to direct a fledging Indie, mistakes can become minimal. Even the hints and procedures for marketing are a boon to the creative process. 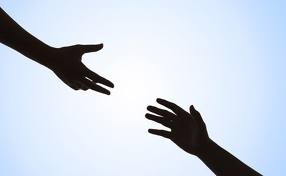 With the passing of the last two years I have run the gamut on things I have learned. I’ve learned to muddle through html in order to design my blog, succeeded in mastering the eBook formation for most of the major bookstores and most important I have mastered the art of socialization through the Social Networks by following the tutorials from sites such as Indies Unlimited http://www.indiesunlimited.com/.

So, through all of the trials and errors the main thing I have learned is as you walk the road to fulfilling your dream you may stumble and land in ditches, but there will always be a hand reaching down to help you and put you on solid ground. Never give up on your dreams.

Ey Wade is the parent of three adult daughters and Lovey to a one year old grandson. She considers herself to be a caged in frustrated author of thought provoking, mind bending eBooks, an occasional step-in parent, a fountain of knowledge, and ready to share. She is the author of Beads on a String-America’s Racially Intertwined Biographical History a celebration of the accomplishments and contributions of all races to America’s illustrious growth and history and eight novels  http://facebook.com/eywade2   http://wade-inpublishing.com    http://twitter.com/jumpouttheboat

Email ThisBlogThis!Share to TwitterShare to FacebookShare to Pinterest
Labels: Ey Wade, My Journey to Publication: A Lesson in Learning, Predators and Editors. Joe Konrath, Suite T