As a struggling actor, I was taught there are two basic approaches. You can strike a pose and play the result; or become the character and allow everything to happen as if for the first time.
The first option you go through the motions and attempt to seem sweet, wicked, motherly, clever or whatever result seems to be called for. Put another way, in this light characters have a function and are simply a means to an end.

If, however, you opt to bring your character to life, there are all kinds of considerations. For instance, there is a sense of place and the given circumstances; your known and unknown response patterns and your evolving relationships. Above all, you have to accept the give and take and unpredictability of each and every situation.

Interesting enough, these two approaches also spill over into fiction. For a prime example of playing the result, there’s that bestseller about an ancient code and secret religious society. Robert Langdon plays a clever symbolist, that’s it. Sophie is a diligent cryptologist. There is an albino who is stamped as a psychotic and so on and so forth. Though the mutilated curator in the Louvre is Sophie’s grandfather, there is no room for grief on her part or any misgivings. She isn’t even allowed to wonder why Robert Langdon appears to have no dimensions at all save for his fixation on unraveling the code. Thus the only objective is to keep readers turning the pages as Langdon and Sophie race from to , crossing paths with assorted allies and villains.

The opposite approach: we can easily turn to any incident from Harper Lee’s To Kill aMockingbird. Take the famous mob scene, the one that finds Atticus on the porch of the jailhouse where the black man he is defending is being held. It’s nighttime and seasonably mild in tiny during the Great Depression. In the semi-darkness, not only does Atticus have no idea what will happen as he confronts the angry men, he also suddenly has to deal with Jem and Scout who, along with their playmate Dill, have followed him here.

If Scout was earmarked to be unruly, she and the rest of the characters never would have come to life. When Jem refuses to leave and a burly member of the milling band yanks him off his feet, Scout would kick the man and put up a big fuss. But even when Atticus chides Scout and asks Jem to please take the children home, Jem impulsively stands his ground and Scout switches gears.
“Hey, Mr. Cunningham,” she says to the man who appears to be the ring leader.
The big man blinks, hooks his thumbs in his overall straps, clears his throat and looks away.
“Don’t you remember me, Mr. Cunningham?”

Instead of saying, Hey, I’m Scout in some cocky way, she says, “I’m Jean Louise Finch. You brought us some hickory nuts one time, remember?” She goes on to tell him that she goes to school with his boy Walter. And she once brought Walter home for supper. “Maybe he told you about me, I beat him up one time but he was real nice about it. Tell him hey for me, won’t you?” 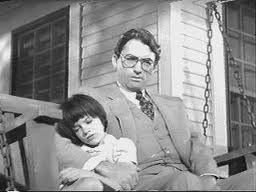 The more Scout tries to get through to him, the less certain his angry quest becomes. Which, in turn, spurs Scout on to be even more polite and friendly. Assuming that’s what Atticus must be waiting for. It must be what’s wanted because neither Atticus or the other men are saying a word.
Soon, Scout begins to feel sweat gathering at the edges of her hair because she can stand most anything except a bunch of people staring at her.By then Cunningham does a peculiar thing. He squats down, takes her by both shoulders and says, “I’ll tell Walter you said hey, little lady.”He straightens up and waves at the rest of the men. “Let’s clear out. Let’s get going, boys.” And there it is, unfolding within a specific time, place and set of circumstances. Even when Scout tries to play the result and be polite, she gets more and more flustered and somehow becomes “a little lady.” 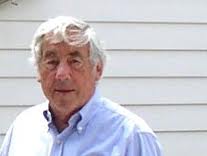 Shelly Frome is a member of Mystery Writers of America, a professor of dramatic arts emeritus at the of , a former professional actor, a writer of mysteries, books on theater and film, and articles on the performing arts appearing in a number of periodicals in the and the . His fiction includes TinseltownRiff, Lilac Moon, Sun Dance for Andy Horn and the trans-Atlantic cozy The Twinning Murders. Among his works of non-fiction are the acclaimed TheActors Studio and texts on the art and craft of screenwriting and writing for the stage. His latest novel is Twilightof the Drifter. He lives in Litchfield, Connecticut.His works can be found on Amazon, through his publishers or via independent bookstores. He has a profile on Facebook where he can be reached or on twitter @shellyFrome.

Email ThisBlogThis!Share to TwitterShare to FacebookShare to Pinterest
Labels: A Means to an end, Shelly Frome, The Character’s Freedom, To Kill A Mockingbird