Giving It Your All 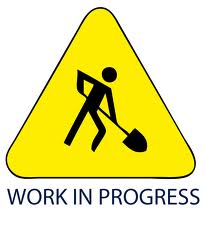 My parents taught me that working hard, and giving it your all would yield satisfactory results. I didn’t understand (or subscribe) to that notion until I was out of high school. I’d never been a good student, but when I was forced to pay my own tuition, I worked hard, and I did well. When I entered the work force, I started at the bottom of the ladder and I did not want to stay there. Again I worked hard and had a long and successful career. When I decided to write full time, I knew I had to apply the same principles, unfortunately I had no idea what I was doing, or how to do it.

I wrote my first full length novel almost five years ago. It was riddled with problems: it was entirely too long (over 155k words); it was in dire need of editing; and it had vampires and werewolves (which, as most know is one of the most prolific sub-genres out there). I’d spent about 8 months querying agents and publishers, but to no avail, I was the queen of rejections. Devastating and demoralizing? Yes. Time to give up? No.

So what did I do? I chucked the book into a deep, dark corner and pretended it didn’t exist, and then I wrote my next book. That book became Doppelganger Experiment and was published in 2011 to mixed reviews, some of them bad. Those bad reviews were a result of bad editing, which, no matter how much I wanted to blame on someone else, I could not, the mistakes were mine and I owned them. We pulled the book, had it re-edited and I believe its better, at least I hope so.

Now what? Well I’d mentioned that first book to my publisher, she was interested, but it was too long… Break it up into a series, she said. Well, I’d never intended to write a series, but why not? I’d learned a great deal at this point and I applied that to the book revisions. The Four Series was born. 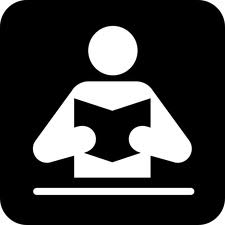 A respected friend, who is not a big reader and prefers non-fiction when he does read, has read my work and imparted his opinions.  He enjoyed the story of DoppelgangerExperiment, but was extremely critical about the editing errors… He also recently finished Book I in The Four Series (in a record 2 days). He said: “Wow, this is you, this is your element. I can see your excitement in the characters, they way you developed them and how they interact with each other. I didn’t expect the story either; you changed all the rules when it comes to the vampire/werewolf thing. It reads more like a fast paced thriller/suspense novel, not some teenage fantasy about mythical villains. I can’t wait for Book II!”  He isn’t a literary critic, but he did make my day and that made it all worthwhile.
____________________________________________________________ 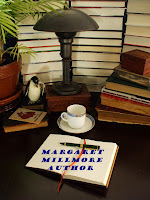 A native Californian, currently residing with her husband in San Francisco; she is the grandniece of Irish author Benedict Kiely and the second cousin of Irish author Sharon Owens. Current published works are: Doppelganger Experiment and The Four Series – Book I - The Beginning, The Change (The Four Series-Book II  and III through IV are expected 2013).
www.margaretmillmore.com Twitter: MMillmore
http://www.facebook.com/#!/profile.php?id=100002915649470
http://www.linkedin.com/pub/margaret-millmore/4/a6b/6a9
http://www.goodreads.com/book/show/12451063-doppelganger-experiment

Email ThisBlogThis!Share to TwitterShare to FacebookShare to Pinterest
Labels: Doppelganger Experiment and The Four Series – Book I - The Beginning, Giving It Your All, Margaret Millmore, The Change (The Four Series-Book II