Southern Writer and Father Of These United States 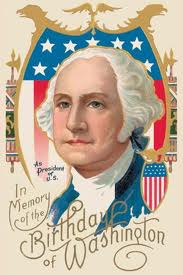 Happy Birthday to a Southern Writer from Virginia and our first President George Washington. His books, documents, papers, diaries and words are still being read, and studied, today.

One of his books, George Washington's Rules of Civility & Decent Behavior in Company and Conversation is still in print. It includes 110 rules based on a set of rules composed by French Jesuits in 1595. simplified their version. His book established his rules to live by. The rules focus on self-respect and respect for others with etiquette details. Readers can read tips on how to dress, walk, eat in public and address one's superiors.

Wonder what George would think about what it takes to get a book published today? Computers as a means to write a book? Tablets to read a book?  I think the Father of the would embrace social media platforms, being "friends" on Facebook, tweeting on Twitter. Anyone who put a 1700s spin on  rules from the 1500s would embrace what it takes to be a writer in the twenty-first century. 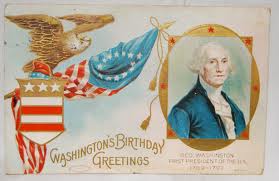