Writing Can Be Lonely and Joyful 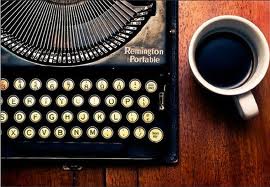 Writing can be a lonely and discouraging business sometimes. On one hand, we write because it gives us joy and we cannot see ourselves doing anything else. On another, finding readers and/or a publishing company can be frustrating.

I began writing “seriously” after my first daughter was born. The plan was for me to return to my career in veterinary medicine but after holding her in my arms, that plan was immediately scrapped. I’ve always written and had several pieces published, but the idea of writing as a career ranked up there with Big Dreams. But as any mom will tell you, when your baby is sleeping, the mind wanders. And so along with my daughter, my first novel was born.

My YA fantasy, Pradee, took me ten years to complete. Shelved on and off while I raised my family, I finally started submitting it to publishers once both my daughters were in school. But the economy was against me. I was getting good feedback but because I was a new writer, publishers were hesitant to take me on. Finally, I decided to jump in with both feet and self-publish.

Self-publishing is a good learning experience for those that wish to understand the process. Would I do it again? Probably not. It takes a tremendous amount of advertising and networking for an unknown writer to pull their self-published work from obscurity to bestseller. Kudos to those that do. At the time, I knew little about either and while Pradee received good reviews and was second round finalist in Amazon's Breakthrough Novel Award Contest 2012, it didn’t take off like I’d hoped.
There were days I considered going back into veterinary medicine, but I wanted so badly to write that I couldn’t see myself doing anything else.

Fast forward to book number two. While writing the second installment to Pradee, I was hit by two characters that didn’t belong in a YA novel. I kept setting them aside but they would return, stronger than ever. Finally, I gave up and started writing, Between, a story of the paranormal. And Between came fast. I had the complete rough draft within a couple of months, and the novel was ready to submit a year later. I submitted to Musa Publishing and immediately got an offer. 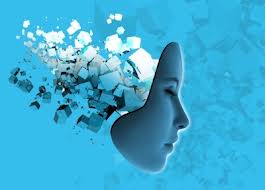 What I have learned through Musa Publishing is how to social network. Blog, talk, Twitter—get your writing out there. It will take time, but people will begin to notice. I love meeting readers and interacting, but the part where you wave your writer flag and exclaim, “Buy my novel, it’s awesome!” is still daunting.

My encouragement to aspiring writers is this: the days you feel like your writing sucks, ignore them. Keep writing. If you’re submitting and getting rejects, take what the rejects are telling you and see if they apply. I equate rejects with fashion. Say you decide to go out for a night on the town wearing a polka-dotted mini dress and striped tights. Some would say, “Did the cat yak on you or what?” But others will say, “Wow! You rock!” Writing is like that. Find people that “get” you and don’t give up. 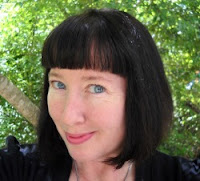 Clarissa Johal has done everything from working as a veterinary assistant and vegetarian chef to volunteering as a zookeeper aide and swimming with six-foot sturgeons. She shares her life with her husband, two daughters and every stray animal that darkens the doorstep. One day she fully expects a wayward troll to wander into her yard, but that hasn't happened yet.Between, a story of the paranormal. Coming December 14, 2012 from Musa Publishing. Pradee, her first YA fantasy novel, is available today. *Second round finalist in Amazon's Breakthrough Novel Award Contest 2012 Short stories::Pigeons, published in the literary journal Susurrus, The Rope, published in the literary journal Susurrus.  Author Webpage: http://clarissajohal.com/
Facebook: http://www.facebook.com/clarissa.johal.9 Blog:  http://clarissajohal.blogspot.com/
Twitter https://twitter.com/#!/ClarissaJohal