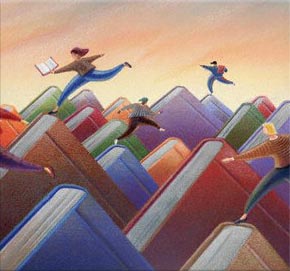 I was born in , raised in  , but live in , and so consider myself a Southern writer. These days, most people don’t spend their entire lives in one place. In some ways, this is a pity. Each place has its own charm, its own history. We add depth and substance to our writing when we go beneath the surface of our location. Where is your current book set?
Irregardless of Murder, the first in my cozy mystery series, is set in northern where I grew up, though the town’s not mentioned by name. My former classmates will recognize the old public library where the corpse is found, the old high school building where my character Amelia Prentice taught, the ferryboat to and the legend of the Lake Champlain Monster, whose existence is pivotal in the story’s climax.

In the sequel, Death Dangles a Participle, they’ll spot the favorite regional treat, Michigan Red Hots, and the sometimes-dangerous sport of ice fishing on the frozen lake. They may even notice that Amelia encounters peril in the familiar old Episcopal Church, though I added a bell tower, just for fun.

I also incorporated the French-Canadian aspect of the region. The Canadian border is, after all, only fifteen miles away. People have French-flavored names and pepper their conversation with snatches of the regional French patois. (See there?)

Of course, when I visited my old hometown last summer, many of the places had changed dramatically. The old high school is now a parking lot and the cozy library building of my memory has been modernized out of all recognition. It doesn’t matter. It’s a great place for a mystery, even in the imagination.

Our family lived in for eleven years and after we left, my daughter suggested I write a novel set there. The as-yet unpublished mystery Another Think Coming is, I hope, as much Texas as Irregardless is New York. I worked hard to capture the regional verbal expressions and to describe the wonderful old refurbished vaudeville theatre where the villain hides out. My new romantic suspense novel, Where There’s Smoke, is set in the same place, features the wonderful neighborliness of the people, and culminates with the prairie fires that recently blackened parts of . 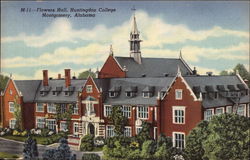 A few years ago, I wrote a novel, The Thing with Feathers, set at my alma mater, , in , making good use of the beautiful campus and even the gargoyles on the gothic administration building, but unfortunately, an identical plot was used in a TV movie about the same time. I’ll use this setting again, though, I know. 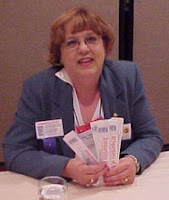 EE Kennedy is the author of a series of mysteries about a high school English teacher: IRREGARDLESS OF MURDER (Sheaf House, August, 2012) and the sequel, DEATH DANGLES A PARTICIPLE (Sheaf House, September, 2013), as well as the novella “The Applesauce War” (In the Barbour Books anthology, THE FARMER’S BRIDE). She is currently at work on the third in the mystery series, MURDER IN THE PAST TENSE. She and her husband live in . Her website is www.missprenticecozymystery.com
On Facebook as Ellen Edwards Kennedy, On Twitter as EV Kennedy