Juggling the Craft of Writing

Okay, so I can’t really juggle. Just the thought of keeping three eggs (or flaming torches, or razor sharp swords) up in the air at one-time makes me break out in hives. Most of us use the word juggle colloquially, though, like we have to juggle too many things at once, and that leads me to my point: once upon a time, writers were expected to write. Period.

Oh, a big name writer might have to do a book tour, if they were in demand, but essentially writers wrote. Then came computers; no more carbon copies and correction fluid. The internet was invented; no more trudging to the library to find obscure information in books that the cruel librarian only allowed you to take to a nearby table to peruse. Awesome! Made life simpler for the writer, correct?

Ah, but it was a double-edged sword. Most of us never foresaw what would come after a torrent of social media, and with it the demands on a writer so far beyond writing that it was unthinkable just ten years ago.

I was exaggerating (of course) when I said writers, in the dark ages before the internet, were only expected to write. They always had to edit and proof, usually more than one version of their opus. Before computers and the internet evolved into a reliable means of electronic editing and emailing of manuscripts, it often involved expensive couriers or untrustworthy faxing, finding some place with a photocopy machine, and/or trips to the post office.

Nowadays, I edit an electronic version of my manuscript, using a word program that allows a back and forth exchange between the editor and myself that is simply fabulous! I wouldn’t go back to what used to be a long, drawn out process.

But… the internet age has brought with it so much demand for social media connectivity that it is a rare author who doesn’t have a Facebook Author page, a Twitter account, a blog, Pinterest account, and… well, it’s distracting, to say the least. Is a blog necessary? How much interacting with readers should we do? These are questions we howl at our agents, and get the answer, ‘whatever you’re comfortable with’, which is almost as good as no answer at all.

Some readers want to know all about you, some would prefer not to know anything.  I understand how readers feel a sense of kinship with an author who writes the books they enjoy. Cozy authors in particular are a lovely crew, personable, warm and friendly. Heck, I like most of them myself. 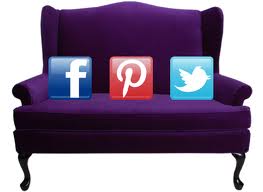 That agent advice that authors should do whatever social media they’re comfortable with is really the only answer. I’m currently juggling three cozy mystery series, two as Victoria Hamilton (Vintage Kitchen Mysteries and Merry’s Muffin Mysteries), as well as a new one as Amanda Cooper, the Teapot Collector Mystery series. It requires a gymnast’s mental flexibility to bounce among them, and when added to the social media one commits to, the workload can seem staggering. 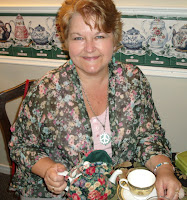 Victoria Hamilton writes three cozy mystery series for Berkley Prime Crime. A Deadly Grind, first in the Vintage Kitchen Mysteries, was released to great reviews in May, and Bowled Over, the second in the series, debuts March 5, 2013. She also writes as Amanda Cooper.Check out Victoria Hamilton online:Victoria Hamilton Mysteries - http://www.victoriahamiltonmysteries.com