When Writing the Stories of Your Life, Don’t Let Anyone Else Hold the Pen or the Eraser… 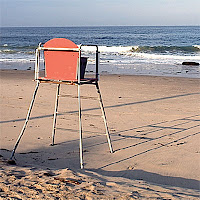 A writer’s life is often solitary. When asking for help from other authors or critique partners, we find ourselves victims of overwhelming self-doubt that what we’ve written isn’t good enough. Sometimes what we’ve written isn’t, but it could be with some polishing. It doesn’t mean you should allow someone else to take your pen- rewriting, changing things or erasing what you’ve written as though they can fix you as a writer by correcting what they feel are your shortcomings.

I’ve learned as a writer to keep the pen, and the eraser, in my hands. It can be tempting, after particularly critical suggestions, to chuck it all and take the word of your fellow writer instead of trusting your own gut, but that’s when you have to remember this is YOUR story and their suggestions are simply that, mere suggestions.

I once had someone tell me how I “wrote” was wrong. It wasn’t a critique for poor grammar, typos or even a plot hole, so it clearly wasn’t constructive, let alone good advice. What do you say when someone blatantly tells you how you write is wrong?

Well, I took it to heart. For months, I wallowed in self-pity, crying myself to sleep and waffling with whether my journey as a writer was still worth traveling. I didn’t discuss it with other authors I knew and trusted, but I should have. My biggest fear was “What if she’s right?” How could I face my fellow authors if she were? Instead, I took this one piece of “non-advice” from a stranger and let it mangle my view of myself as a writer in private.
This was before I learned to take other opinions with a grain of salt. Grammatical advice and editorial suggestions are great bits to help you learn how to recognize your strengths and weaknesses, but be careful of those whose expertise fall anywhere on the scale between amateur or novice.
It was later that I read another author’s blog who’s advice I trust, pointing out in a random blog how to know if you’re receiving bad writing advice—if someone is telling you or implying that there’s one set way of writing then you are receiving bad writing advice. There are no rules when it comes to

HOW you write or WHAT you write. 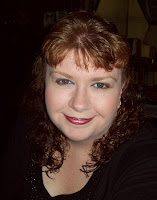 Taryn Raye is a romantic at heart, my love of storytelling began in childhood with the typical fairytales and my membership at age 10 to the Just for Girls Book Club. I grew up on classics and contemporary tales.
Born and raised in a small town in , I now reside in the southern part of the state with my husband, stepson, daughter and my mischief-making cat named Miscellaneous, aka Mizzy.
Website- http://authortarynraye.webs.com/
Blog- http://tarynraye.blogspot.com/
Twitter- https://twitter.com/#!/ScribblingTaryn
FB- http://www.facebook.com/TarynRayeRomanceWriter

Email ThisBlogThis!Share to TwitterShare to FacebookShare to Pinterest
Labels: Don’t Let Anyone Else Hold the Pen or the Eraser…, Taryn Raye, When Writing the Stories of Your Life, writer’s life