Have You Been Whisked Away Before? 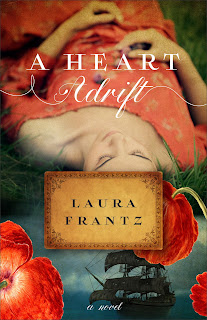 Bestselling and award-winning author Laura Frantz will whisk you away to a time fraught with peril--on the sea and in the heart — in this redemptive, romantic story.  Laura Frantz has a passion for bringing a distant past to life in her enchanting novels. Her signature style sweeps readers away in a whirlwind of romance adventure, and rich history.

Grab Frantz’s newest novel, A Heart Adrift, and step back in time to the 1700s. You will find yourself in the year 1775 where a threat of war with France is looming over York, Virginia. The story opens at the beginning of the French and Indian War (also called the Seven Years’ War), which pitted England and its colonies against France and their allies, all in a quest for territory. George II was on the English throne, and the conflict lasted for seven long, bloody, costly years, all played out on American soil and at sea.

Colonial America is an unending source of powerful historical men and women who made our nation what it is today. It’s fascinating history right down to the garments they wore. Frantz said, "My regret is that all mystory ideas will outlast me and I won’t find time for all the novels I’d love to write! I’m continually fascinated by our colonial ties to Great Britain and how so many of us have ancestry there."

Both Esmée and Henri are dedicated to the colonial cause. Both are very colonial-minded. They are intent on Virginia’s continuance as a leader among the British colonies, share a heart for what would become the seeds of the United States Navy in time, and are mariners in general, including keeping the first lighthouse in the Chesapeake region.

Here you will meet Esmée Shaw who is fighting her own battle of the heart. She has reconciled herself to live life alone, but still struggles with the loss of a decade-old love affair she has never quite recovered from. You will feel her heartache as you enter iinto her story.

But the pain of that old love affair resurface when Captain Henri Lennox returns to York after a lengthy absence. He is determined to finally complete the lighthouse in the dangerous ChesapeakeBay. This was a dream he and Esmée once shared. Esmée initially tries to avoid Henri, but her desire to make a difference in life entices her to join his undertaking to complete the lighthouse. However, when the colonial government asks Henri to lead a secret naval expedition against the French, Henri’s future is plunged into uncertainty, and he is torn between his feelings for Esmée and his call to duty.

Will a war and a cache of regrets keep Esmée and Henri apart? Can their shared vision and dedication to the colonial cause heal the wounds of the past? While we understand the goings on of the war and love, we will be hoping they can reconcile but will they?

Frantz says, "I hope readers will experience and enjoy the story immensely with all its poignancy and can read between the lines to see that the valleys of life are often the high road, achieving our ultimate good and God’s glory.  I believe this novel is perhaps my most sophisticated yet, dealing with themes of love, loss, forgiveness, and restoration." 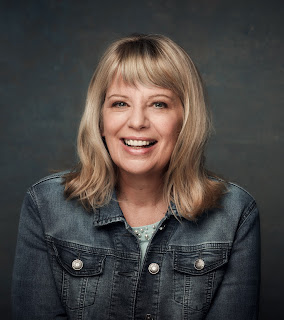 Laura Frantz is a Christy Award winner and the ECPA bestselling author of more than a dozen novels, including An Uncommon Woman, Tidewater Bride, The Frontiersman’s Daughter, Courting Morrow Little, The Colonel’s Lady, The Lacemaker, and A Bound Heart. She is a proud mom of an American soldier and a career firefighter. When not at home in Kentucky, she and her husband live in Washington State. Learn more at www.laurafrantz.net.

Email ThisBlogThis!Share to TwitterShare to FacebookShare to Pinterest
Labels: Have You Been Whisked Away Before? A Heart Adrift, Laura Frantz, Suite T