An Unenventful Afternoon Turns Into Chaos and Heartache 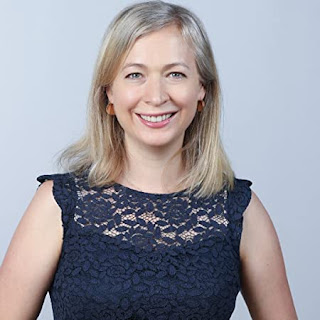 Never Simple. Have you read it?
Never Simple is a memoir about a mother and daughter relationship. A relationship consisting of many connected and dis-connected parts.
It is a darkly funny and touching memoir.
Scheier’s mother Judith was a news junkie, a hilarious storyteller, a fast-talking charmer you couldn’t look away from, a single mother whose devotion crossed the line into obsession, and—when in the grips of the mental illness that plagued every day of her life—a violent and abusive liar whose hold on reality was shaky at best.
For instance, on an uneventful afternoon when Scheier was eighteen, her mother sauntered into the room to tell her two important things: one, she had been married for most of Scheier’s life to a man she’d never heard of, and two, the man she’d told Scheier was her father was entirely fictional. She’d made him up.
Those two big lies were the start, but not the end; it took dozens of smaller lies to support them, and by the time she was done she had built a farcical, half-true life for the two of them, from fake social security number to fabricated husband.

One hot July day twenty years later, Scheier receives a voicemail from Adult Protective Services, reporting that Judith has stopped paying rent and is refusing all offers of assistance. That call is the start of a shocking journey that takes the Scheiers, mother and daughter, deep into the cascading effects of decades of lies and deception.
In an interview between Chris Schluep (Review Editor) and Scheier on April 13, 2022 Liz Scheier said, " When I was in my mid-20s, my mother told me that she had run out of money—she had stopped working before I was born, unable to hold up her job as an attorney, and she was perpetually short on cash—and that I would have to move in to pay the rent. Unable to find another source of income—my job and part-time work wouldn’t cover two separate rents—I moved in with her and lived in her living room for two years. Those were very dark years. I was right back in the vortex of her fury and sorrow, and it felt like there was no escape. With my own mental health at risk, I finally moved out—only to find out that the crisis was manufactured, and that she’d been able to cover the rent all along. I left that episode out of the book because, frankly, even all these years later I feel a cold hand close over my heart when I think of those years, and I couldn’t bear to write about it." 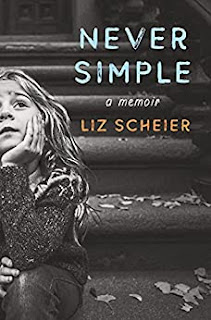 Liz Scheier is a product developer living in Washington, DC with her husband, two small children, and an ill-behaved cat. Never Simple is her first book. She is working on the second.
https://www.lizscheier.com/
https://www.instagram.com/lscheier/
https://twitter.com/LizScheier