The Writing Life—The good, the bad, and the hammer 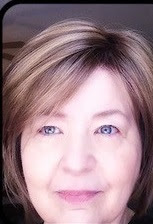 When one retires, it’s a time to relax and enjoy doing nothing or expanding a hobby, so the myth goes. What no one tells you is that after years of structure, being productive, having set goals and challenges, that not having any can be a problem. Trust me on this.

Fortunately for me, when retirement came for me, I had been writing for years as time permitted, so I had things to do, I just didn’t know how to restructure my time and set goals and challenges for the writing life. It has taken a few years of hit-and-miss, but finally in 2020, in Covid semi-isolation, I figured it out. Writing is a lot of things, but it’s not just a creative enterprise. It’s a business and I had to learn to treat it as such. I set daily goals, monthly goals, and yearly goals. I now had/have my new life structure, and the best part—I am the boss.

I love mysteries. I love watching them on television (it’s possible I could make the record books if I could confirm my Midsomer Murders and Miss Marple repeated viewing). I also love reading books based on a mystery; and in general, this genre makes up the bulk of my entertainment. Naturally, that is what I wanted to write about. My most recent cozy mystery series, Prediction: Murder has done well. They were released as they came out in 2021, and then released as a set more recently. I have written a few “less cozy” mysteries as well. Meaning a few with a paranormal element that are still up on Amazon.

The Prediction: Murder series is based on a woman who goes back to her hometown in Steepwick, Maine after her cousin Hazel dies unexpectedly from a mysterious fall down the basement stairs. Harper, the main character, learns that not only has Hazel left her a business, her thriving bookstore, but her house and a quirky dog named Einstein. Harper decides to stay in Steepwick because she has a nagging feeling that Hazel’s fall was not an accident. Along the way to finding out more about her cousin’s former life, she also finds a few family secrets that her parents had kept from her. The reader follows Harper as she learns who she really is, and why there were secrets about her family heritage. There are people in Steepwick who know her family secrets, and with a little help from them, she comes to terms with her heritage, and solves the mystery surrounding her cousin’s death. I was ready to move to this town by the end of the story. Sadly, I came out of my writer’s trance and realized it was “just a story” and I had to come back to reality.

As I looked around for my next project, I ended up doing one more mystery, “A Room with a Clue” for another publisher. It’s about life in a retirement village, and a couple of women who found it boring. But after the main character, Agnes literally falls over a dead body in a wine cellar on a house-sitting job, things pick up. Agnes pulls in a fun cast of characters in the Happy Years Retirement Village in Florida and takes them with her on her crime solving escapade.

So, I went from Maine to Florida, and then this year I settled in Georgia. I not only have a new book location, but an entirely new era that has fascinated me enough to contribute to a new series. I have stepped out of the mystery genre and stepped into romantic-historical world. My newest books (2 unrelated books by character and place but in same era and vein) are both about “Letters from Home” during World War II, a new bigger series from my publisher. I am contributing two books, and the first, “I’ll be Seeing You” will be out in May, and the second, “We’ll Meet Again” will be out in the fall (I say with fingers crossed.) 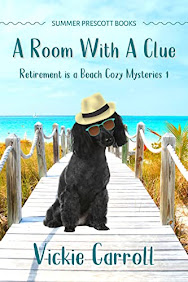 There is nothing like the writing life because it requires use of both sides of the brain, the business and the creative. It can be painful, fun, challenging, maddening, and frustrating, all in the same hour. I have a friend who, when having a bad run, or when she gets a bad review, always says, “why don’t I just go hit myself over the head with a hammer, it would be less painful.” While I never threaten that, I know what she means. It is painful to put one’s heart and soul into a story, spend weeks and weeks living it, and then have someone give it a bad review, or worse, the book just doesn’t sell, and you can’t figure out why. But rejection is part of life in general, and the writing life in particular. A good writer will just chalk it up as a learning experience and go on. That’s what I tell myself. I have been lucky never to have gotten a one-star review (again, fingers crossed) but I’d like to think I’d deal with grace and good sense, like a woman of experience—if not, there is always the hammer.  Vickie Carroll is a published author of eight fiction books (Sweet Promise Press and The Wild Rose Press). You can find them on Amazon. She has an article coming out this summer in the CCAR Journal: The Reform Jewish Quarterly, about her journey to find Judaism.

Email ThisBlogThis!Share to TwitterShare to FacebookShare to Pinterest
Labels: A Room With A Clue, Suite T, the bad and the hammer, The Writing Life~The good, Vickie Carroll