NOSTAGLIC MOMENT with Dianne Harman on It's Never Too Late 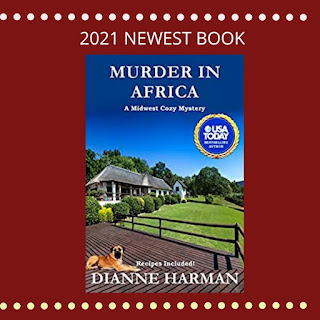 
According to whatever written word one is reading, I’m elderly, or so they refer to people my age in the newspapers and in books. I’ve always liked the saying that goes something like, “How old would you be if you didn’t know how old you were?” I think I’d be in my 40’s or 50’s. You probably wonder why I even bother to bring this up.


Well, I wrote my first book and published it when I was 68. Now, its three years later, and I have fourteen books out and all of them have been best sellers and several are #1 now in various categories on Amazon. Too late to start something new? Don’t think so. At least that memo never made it to me.


It all started when my husband and I were at a wedding in Palm Springs. It was 107 degrees in October. I made an offhand statement that changed my life. I looked at him and said, “Wouldn’t it be wild if someone put a drug in the air conditioning and everyone felt good all the time. And so Blue Coyote Motel was born, the first of three in the suspense series. I started writing it that afternoon on my iPad at the hotel. It received great reviews and even won a couple of awards. I was pleasantly shocked.


I changed genres a year ago. I remember the moment well. We were at a resort in Arizona, and I was having coffee in bed, playing with my iPad. I started making some notes about a coffee shop on the Oregon Coast. At that moment I decided to write a cozy mystery because I love dogs, food, and cooking. A month later I published Kelly’s Koffee Shop, the first of the Cedar Bay Cozy Mystery Series. For whatever reason, it was an instant hit with people and climbed to the top of the charts, even making Amazon’s Best Seller List of Top 100 Paid Kindle Books. Without setting out to do it, I’d started a series. People wanted more of Kelly and Mike and their adventures. Several books into the series I wondered what would happen if I started another series.


I wrote about a woman who is widowed and owns a spa/lodge north of San Francisco on the coast. The first book in that series, Murder at Cottage #6, sold amazingly well. I was thrilled that I wasn’t a one series author.


Now I’m getting ready to publish the first book in yet another series, Murder and the Monkey Band, a High Desert Cozy Mystery Series set in a small town near Palm Springs, California. The protagonist in this series is an antique and art appraiser with a psychic sister. I’m looking forward to seeing how it will do.


I’ve been told by readers that one of the reasons they love my books is because the main characters are middle-aged. They’ve seen a lot of life and even have a little baggage at this time of their lives, but don’t we all? Children, grandchildren, ex-husbands, deceased husbands, all of these are part of my books.

When I speak to groups I’m often asked if I have any advice for someone who would like to write a book. Sure do – just do it. You don’t need a million workshops, review groups, or a degree in writing. Just do it! Follow your passion. Who knows? You may have a best seller on your hand. 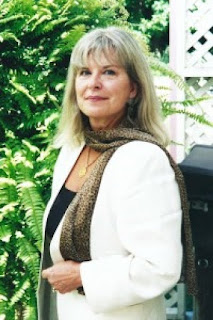 USA Today Bestselling Author and Amazon All-Star, Dianne Harman, draws her stories and characters from a diverse business and personal background. She owned a national antique and art appraisal business for many years, left that industry, and opened two yoga centers where she taught yoga and certified yoga instructors.

She's traveled extensively throughout the world and loves nothing more than cooking with her husband, Tom, and playing with their boxer dog, Kelly.

Being a dog lover and having attended numerous cooking schools, she couldn't resist writing about food and dogs. She’s the author of several cozy mystery series: Cedar Bay, Liz Lucas, High Desert, Midwest, Cottonwood Springs, and Chef Dani Rosetti. Most of these books contains recipes from her travels.

She hopes you enjoy the reads as much as she enjoyed the writes.
https://www.dianneharman.com/about.html