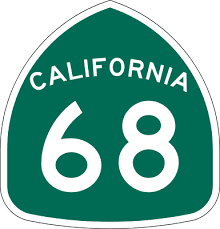 According to whatever written word one is reading, I’m elderly, or so they refer to people my age in the newspapers and in books. I’ve always liked the saying that goes something like, “How old would you be if you didn’t know how old you were?” I think I’d be in my 40’s or 50’s. You probably wonder why I even both to bring this up.

Well, I wrote my first book and published it when I was 68. Now, its three years later, and I have fourteen books out and all of them have been best sellers and several are #1 now in various categories on Amazon. Too late to start something new? Don’t think so. At least that memo never made it to me.

It all started when my husband and I were at a wedding in Palm Springs. It was 107 degrees in October. I made an offhand statement that changed my life. I looked at him and said, “Wouldn’t it be wild if someone put a drug in the air conditioning and everyone felt good all the time. And so Blue Coyote Motel was born, the first of three in the suspense series. I started writing it that afternoon on my iPad at the hotel. It received great reviews and even won a couple of awards. I was pleasantly shocked.

I changed genres a year ago. I remember the moment well. We were at a resort in Arizona, and I was having coffee in bed, playing with my iPad. I started making some notes about a coffee shop on the Oregon Coast. At that moment I decided to write a cozy mystery because I love dogs, food, and cooking. A month later I published Kelly’s Koffee Shop, the first of the Cedar Bay Cozy Mystery Series. For whatever reason, it was an instant hit with people and climbed to the top of the charts, even making Amazon’s Best Seller List of Top 100 Paid Kindle Books. Without setting out to do it, I’d started a series. People wanted more of Kelly and Mike and their adventures. Several books into the series I wondered what would happen if I started another series.

I wrote about a woman who is widowed and owns a spa/lodge north of San Francisco on the coast. The first book in that series, Murder at Cottage #6, sold amazingly well. I was thrilled that I wasn’t a one series author. 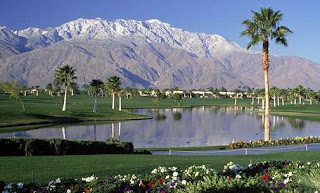 Now I’m getting ready to publish the first book in yet another series, Murder and the Monkey Band, a High Desert Cozy Mystery Series set in a small town near Palm Springs, California. The protagonist in this series is an antique and art appraiser with a psychic sister. I’m looking forward to seeing how it will do.

I’ve been told by readers that one of the reasons they love my books is because the main characters are middle-aged. They’ve seen a lot of life and even have a little baggage at this time of their lives, but don’t we all? Children, grandchildren, ex-husbands, deceased husbands, all of these are part of my books.

Dianne Harman lives in Huntington Beach, California with her husband Tom, a former California State Senator, and her boxer puppy, Kelly, named after the first book in the Cedar Bay Cozy Mystery Series, Kelly’s Koffee Shop. Her passions are cooking and dogs, so when she’s not cooking, she’s probably playing with Kelly, who has gone from being an inquisitive puppy to a young dog that has learned what “leave it” and “no” mean, much to the relief of Dianne and Tom! To view Dianne’s other books, go to http://ow.ly/QPNh1 Please feel free to follow her on these social media sites: Web Site http://www.DianneHarman.com Blog: http://dianneharman.com/blog/ Twitter: @DianneDHarman https://plus.google.com/u/0/110409099727295696245/posts https://www.pinterest.com/dianneharman96/ To find out about new releases and others things related to my books, please go to my web site and sign up for my newsletter. Plus, you can get a book of mine for free. Enjoy!