How All Through The Night Came About ~Part 1 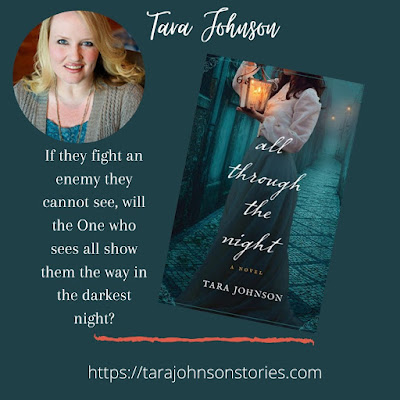 Faith is an integral part of All Through the Night. Cadence has to learn that approval and love are not the same thing. She must ultimately find acceptance in the eyes of God instead of the fickle applause of man. Joshua believes he must keep striving to do more, to erase the stigma of his past but finally sees his worth rests in being loved by his family and his Creator.

The character of Cadence Piper was inspired by real-life Civil War nurse Elida B. Rumsey. Elida desperately wanted to serve as a nurse in the war but was denied by Dorothea Dix because of her young age and beauty. Elida found another way in . . . by singing to the wounded soldiers. They loved her golden voice and sweet spirit when she visited the hospitals. She quickly found herself being called upon to help boost their sagging spirits. In time, she was called to nurse at the battlefield. After fainting at the first sight of blood, she was mortified and vowed never to let herself fall apart that way again. She was the first person to ever sing “The Battle Hymn of the Republic.”

Joshua Ivy was created completely from my imagination but was inspired by the heroic abolitionists of the time. Many sacrificed everything for the cause, but even the bravest were not always completely pure in their motivations. While Joshua knows he is doing the right thing, however dangerous, he also uses the cause as a mask to hide his own wounds and insecurities.

All Through the Night is a weaving of real events, including an evil secret society, with fictional characters, all of whom are grappling with spiritual struggles . . . the need to be accepted and loved.Cadence yearns for her father’s approval and does anything to seek unconditional love in conditionally minded people. Joshua fights the demons of his past, particularly his battered existence growing up as a street rat in the slums. He seeks to find his worth in saving others. Cadence seeks her worth in being seen. Themes found in this story are true worth, identity, unconditional love in Christ, how the hurtful things said in our past affect our future, and finally, how to overcome the lie you believed about yourself.

One aspect that is particularly unique is the emergence of the Knights of the Golden Circle. This evil sect played a large role in funding the Confederacy and had big plans to form a new nation, a ring of power, that included the Southern states, Mexico, and the Caribbean islands. They had powerful men in both the Confederacy and, ironically, the Union and carried out some of the most heinous acts ever committed on American soil.

Another unique aspect of All Through the Night are the cameo appearances by great historical figures like Fanny Crosby and John Wilkes Booth. I love to bring real men and women to life in a way my readers enjoy. . . See Part 2 tomorrow, December 17. 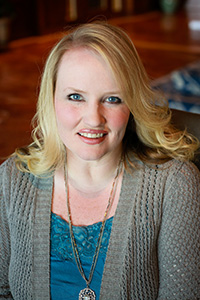 Tara Johnson is a passionate lover of stories who uses fiction, nonfiction, song, and laughter to share her testimony of how God led her into freedom after spending years living shackled to the expectations of others. Tara is the author of three novels set during the Civil War: Engraved on the Heart, Where Dandelions Bloom, and All Through the Night. She is a member of American Christian Fiction Writers and makes her home in Arkansas with her husband and three children.
Visit her online at tarajohnsonstories.com

Email ThisBlogThis!Share to TwitterShare to FacebookShare to Pinterest
Labels: How All Through The Night Came About, Part 1, Suite T, Tara Johnson