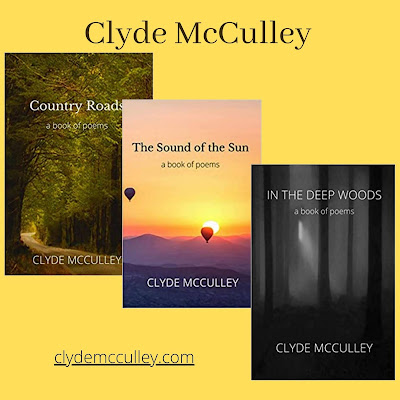 The next day  I was listening to birds singing in the nearby trees.

The thought hit me whether a blind person hears the birds as we with hearing or are they blessed with a different symphony.

As I thought about this, a new poem started developing and from those thoughts I wrote a poem entitled The Sound of the Sun.

I have continued writing poetry for the last five months and have now published three books of poems.

I am under no illusion that these make me a poet, but I am enjoying creating in this new medium.

I have joined a couple of writer’s blogs and now have more than 2000 readers, so I am pleased.

A few days ago, a poem was born that relates to one of my old favorite poets:

Thinking of a Poet

in a New England village

the road towards me

a flight of geese

flew in a perfect V pattern

he watched them disappear

then walked towards me slowly

traveling on a snowy day

he looked at me quizzically

I am not sure

but I will know

when I get there

we stood not saying much

then he said “I have miles

to go before I sleep”

I said that sounds familiar

he looked at me smiled and said

he continued down the road

I quietly followed him

in about a mile he slowed

soon he came to a

following I turned into

the old man had vanished

he had found what was beyond

the deep and snowy woods and

the end of the miles

Many of the poems I have composed come from events, both real and imagined relating to my youth.

I am not a seasoned writer, nor a poet, but I do recommend that writers with more experience in the art, give poetry a try. They might fascinate themselves as well, as this old artist/writer/poet has. 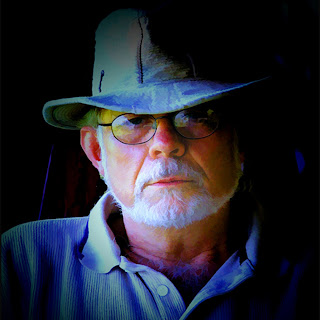 Recently he has written three books of Poems.

McCulley lives with his wife, Susan, and their cat, Shadow, in Portland, Maine.