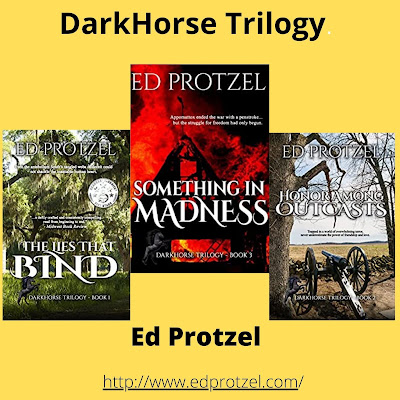 The South is a fertile landscape for fiction writers. Rich and complex in history, populated by high civilization alongside terrible poverty and subjugation, it’s no wonder I was attracted to the historical South when I set out to write my DarkHorse Trilogy.

The trilogy tells the story of Durksen Hurst, an idealistic abolitionist/hustler/drifter, and his Black friends as they traverse slavery in Mississippi (book 1, The Lies That Bind), serve the Union army in Civil War Missouri (book 2, Honor Among Outcasts), and return to Mississippi after the war to begin their lives anew (book 3, Something in Madness — being released Oct. 23).

But unlike so many Southern writers, the road to creating my DarkHorse Trilogy began on the West Coast when I was writing screenplays in Los Angeles. But I’ll get to that in a bit.

So now, with the release of Something in Madness, bringing the trilogy to a close, it’s time to say farewell to the characters I’ve lived with, suffered with, cheered on against great odds, and grown with for these many years. Each one — protagonist and antagonist alike — contains parts of myself, for better or worse. I hope I did them justice.

To be honest, writing novels requires a lot of trauma on the part of the author. For as the harried protagonists ascend in the climax, which is a relief, the antagonists, who are undergoing enormous pressure, collapse. In this way, the completion of a novel’s or a trilogy’s arc constitutes a profoundly contradictory emotional catharsis for any writer — as you hope it does for the reader.

Something in Madness begins as the trilogy’s main characters return to the saga’s origin point, a Mississippi hamlet named Turkle, intended as a timeless microcosm of society. Not surprisingly, these friends find Turkle’s pre-war establishment still in charge, as was the case historically throughout the South my research revealed.  The post-war establishment, basically unregenerate Confederates, passed Black Codes and other laws to restore the “old order” as much as possible. They also employed force and the threat of force against freedmen, who weren’t allowed to own firearms. Indeed, I found so many seemingly insurmountable, gut-wrenching obstacles for my characters to face, I didn’t need to invent new ones to enliven the novel’s plot; my imagination strained to find solutions to the myriad threats facing them. Moreover, the trio’s Union affiliation, mixed-race camaraderie, and attempts to aid the newly freed people make them instant pariahs.

As I said earlier, I began my writing career as a screenwriter in Los Angeles. Being fed up with the Hollywood system, I turned to novels, converting my best spec script (“DarkHorse”) into what would become The Lies That Bind. In fact, the story was so rich in socially relevant themes, myriad dimensions to stimulate the heart and mind, and contained so many idiosyncratic characters, I soon realized one book could not fully tell the tale — and it quickly grew into a trilogy.

As much as I’d always loved Southern literature, I’d often been bothered by the way it portrayed, stereotyped, or out and out ignored the “invisible” people, mainly Blacks and women, and I was determined their voices would be heard as I began developing the original script. To do this, I relied on structure, creating an equal partnership among the three main characters:

·         Durksen (Durk) Hurst. In 1859, Durk convinces a group of escaped slaves to build their own plantation as partners, which they would call DarkHorse, with Durk posing as the “great white master,” taking the credit.

Antoinette  DuVallier, Durk’s love interest, is a sophisticated beauty from New Orleans, a strong but emotionally scarred woman with multiple secrets to hide. Antoinette, however, is no demure, virtuous Southern belle, but a fiercely independent woman.

My Life and Inspiration

You may wonder why I people my novels with so many outliers seeking justice against a blind and threatening world. As a member of two minorities, Jewish and part-Cherokee, I know what it means to be seen as “other,” never wholly accepted by any tribe. Having observed the world through that lens, I hoped through this trilogy to touch the sense of alienation inside each of us. And while the novels in my DarkHorse Trilogy are entertainingly written, they are, in fact, my humble effort to shed light on an often-dark world. 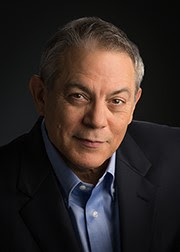 Ed Protzel is the author of the Southern historical DarkHorse Trilogy (The Lies That Bind, Honor Among Outcasts, Something in Madness), and the sci-fi suspense/thriller, The Antiquities Dealer.

He holds an M.A. in English/creative writing from the University of Missouri-St. Louis. Ed lives in St. Louis, Missouri.