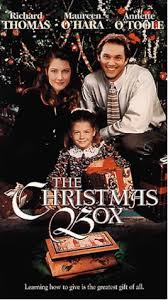 A lot of readers have read The Christmas Box by Richard Paul Evans. But most folks don’t know how this beautiful story made its way onto book the shelves of bookstores.

The story of Richard Paul Evans's massive success is one every writer might hope to have. His inspirational story is such a miraculous tale that he could be a main character in one of his own books. In 1993, Evans reputedly wrote his very first book The Christmas Box as a holiday gift for his daughters. The story was representative of his own fatherly love. After writing The End, Evans produced twenty copies of the novella, and then gave the books to a select group of friends and family for Christmas.

After reading the books, they were passed on to others. Until the book was circulated into hands that deemed the book worthy to be read by more than friends or family. Also, Evans’s mother worked as a receptionist in a doctor’s office and sold his books at times by the case, until book stores began calling Evans at home asking for additional copies.

From such a humble beginning, The Christmas Box was picked up by Simon & Schuster, going on to make publishing history as a bestselling hardcover and a bestselling American paperback. Evans—a former advertising executive and clay animator—had suddenly become a bestselling writer with an entirely new career.

With a prequel titled Timepiece in 1996, this book was also a major hit with readers as was, the next book The Letter, which completed the Christmas Box trilogy. From there, Evans expanded into children’s writing with his first book for kids, The Christmas Candle.

The Christmas Box was later adapted for the small screen in 1995 starring Maureen O'Hara and Richard Thomas. The following year, a version of Timepiece featured an early appearance by Naomi Watts—who would later become a superstar.

Evans didn’t stop with a trilogy and one children’s book. He continued to write and churned out mega-sellers that warmed the heart with the following titles: The Locket, The Looking Glass, and The Carousel. 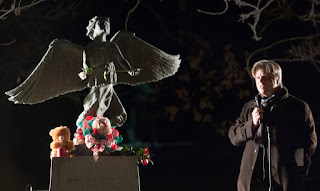 More success came along with the romantic The Last Promise, A Perfect Day, and The Sunflower, a critically acclaimed account of blossoming love at a humanitarian mission in Peru. Finding Noel was written in 2006 after Evans lost his mother on Valentine’s Day—and for once after he’d started writing, he couldn’t give his mother one of his books for Christmas.

Evans’s story of success by way of self-publishing seems like a miracle in itself and is encouragement for those writers who can’t seem to break into traditional publishing. For those stories you feel should be out there, revise, revise, revise and polish until the manuscript shines. Hire a good editor to make sure the book is ready for print. And then take a giant leap. Good luck. And Merry Christmas!