From Novelist To Screenwriter, An Unexpected Journey 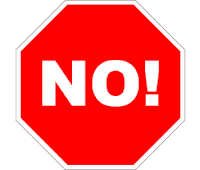 Some years ago a friend asked me if I'd ever be interested in writing a screenplay. My answer was an emphatic--NO. I was nice about it, of course, but my only interest was in writing novels. I had published a number of books by then, and was eager to continue with that as long as the ideas kept coming. Besides, I knew no one in Hollywood. Over time, however, an unexpected thing happened; I had grown weary of promoting my novels. I felt more like a pitch-man than an author. To make matters worse, my sales weren't exactly approaching best seller lists. Don't get me wrong, every published book was an achievement I celebrated, the reason I’d become a writer. But a salesman, that wasn't me. What to do? Then I had a revelation.

Advertisers, not writers, promote TV shows and movies. Why not let them do that for me. So I decided to chase the impossible and became a screenwriter. Great. Then it occurred to me--I had no idea how to write a screenplay.

Acknowledging my obvious cinematic ineptitude, I set about scouring the Internet for articles that focused on how one writes screenplays. I also immersed myself in the world of produced scripts. I noted how they were structured, the cinematic language incorporated into them, and ways writers developed their characters. Fortunately for me, story arcs for movies generally follow the same format as novels: the 3-Act structure.

I chose one of my novels, a story I felt would work as a movie, and set about adapting it into a screenplay. That meant I needed screenwriting software. After doing some research, I decided on Final Draft. Used by most industry professionals, the interactive software is easy to navigate, and it gives you the adaptability to write any script you need. But I won't lie to you, Final Draft isn't cheap. In its current incarnation the program costs around $250. For those who are more money conscious, a free, legal website exists that is similar to Final Draft, called Celtx (https://www.celtx.com/index.html). The software is similarly formatted, and you can store as many scripts as you like on their site for free.

So, if you're interested in writing screenplays in the hopes of getting your project produced, all you need is a great idea, a whole lot of determination, and it can happen for you. How do I know? Because it happened for me. I sent out dozens of query letters to producers listed online, until one of them wrote back. To date, three of my scripts have been optioned by production companies, one of which will go into production this October, The Peaceful Kingdom. If given a chance to write a follow-up article, I'll let you know how that experience went.
_____________________________________________________ 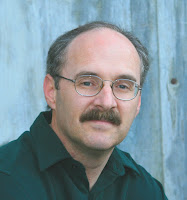 Mike Lynch is an award-winning author whose first book, Dublin, came out in 2007, followed by When the Sky Fell, American Midnight, The Crystal Portal, After the Cross, Love's Second Chance, After the Sky Fell, Arena Planet and Mind Writer. He has also published a number of novellas, short stories and writing articles in various magazines and anthologies. Turning his attention to film, his screenplay, Jason’s Hope, was awarded as a finalist in the Hollywood Screenplay Contest. Mike's other screenplays, After the Cross and The Peaceful Kingdom, have been optioned by production companies, the latter of which is scheduled to start filming in October.

Email ThisBlogThis!Share to TwitterShare to FacebookShare to Pinterest
Labels: After the Cross, American Midnight, An Unexpected Journey, Dublin, From Novelist To Screenwriter, Love's Second Chance, Mike Lynch, The Crystal Portal, The Peaceful Kingdom, When the Sky Fell