Writing Women’s Fiction As A Man-Part One 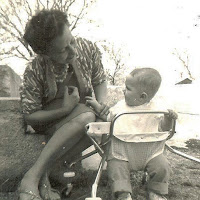 I’m a man who writes women’s fiction using his grandmother’s name, VIOLA SHIPMAN as a pen name. The picture to the left is me with my grandmother, Viola. Sounds like a terrible literary remake of Victor, Victoria, doesn’t it? Just imagine trying to sell your literary agent on that idea, especially when you’ve spent your entire career writing humorous memoir.

I did, and that was five novels ago. The Summer Cottage is my latest, publishing April 23 from Graydon House Books (HarperCollins). I credit it all to being fearless and to channeling the voice that calls to me when I write (be it funny or serious, a man’s or woman’s).

In fact, of the endless things I could teach and preach to writers, learning to overcome fear to channel your true voice tops the list.

Fear is devastating to all of us in life, but especially an author. Too often in our world today, we let fear consume us: It drives our daily lives typically more so than passion. We worry about money. Time. Health. Aging. Our parents. Our children. The future.

The same typically holds true in writing. In the beginning stages, we worry about all the things over which we have no control: Whether our writing is good enough, whether we'll make money at it, whether those we love and know – and even those we don't – will like our work.

Awful things happen from head to hands, from brain to fingers to laptop, when we let fear consume us as writers. When emerging authors begin a book, they are driven by that unique voice that runs in their heads – the one only they can hear, the one which drives all of us to tell our stories. But before we fully channel that voice, it begins to be drowned out by the call of fear. 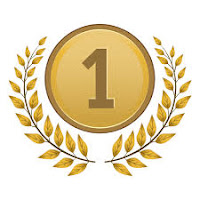 I know because it's happened to me many times in my career. I began my first book, America's Boy – a memoir about the difficulty of growing up in the Missouri Ozarks but surviving due to the love of family – as a novel. I started it as a memoir but grew fearful of pretty much everything, including what my family and hometown would think. I spent a year writing it as fiction, until someone I loved accidentally read it (a nightmare for writers).

When I asked what they thought, the reply was, "If you had dropped this on the street, and I had picked it up, I would never have known you had written it. It sounds nothing like you."

WADE ROUSE is the internationally bestselling author of nine books, which have been translated into nearly 20 languages. Wade chose his grandmother’s name, Viola Shipman, as a pen name to honor the woman whose heirlooms and family stories inspire his fiction. Wade’s novels include The Charm Bracelet, a 2017 Michigan Notable Book of the Year; The Hope Chest; and The Recipe Box. NYT bestselling author Dorothea Benton Frank says of Wade and his latest novel, The Summer Cottage: “Every now and then a new voice in fiction arrives to completely charm, entertain and remind us what matters.  Viola Shipman is that voice and The Summer Cottage is that novel.” Wade's books have been selected multiple times as Must-Reads by NBC’s Today Show, featured in the New York Times and on Chelsea Lately and chosen three times as Indie Next Picks by the nation’s independent booksellers. His writing has appeared in a diverse range of publications and media, including Coastal Living, Time, All Things Considered, People, Good Housekeeping, Salon, Forbes, The Washington Post, Writer’s Digest and Publisher’s Weekly. Wade earned his B.A. from Drury University and his master’s in journalism from Northwestern University. He divides his time between Saugatuck, Michigan, and Palm Springs, California, and is also an acclaimed writing teacher who has mentored numerous students to become published authors.For more, please visit violashipman.com and waderouse.com Facebook: https://www.facebook.com/authorviolashipman/   Instagram: viola_shipman  Twitter: @viola_shipman

Email ThisBlogThis!Share to TwitterShare to FacebookShare to Pinterest
Labels: The Charm Bracelet, The Hope Chest, The Recipe Box, The Summer Cottage, Viola Shipman, WADE ROUSE, Writing Women’s Fiction As A Man-Part One