THE CRACK OF THE BAT

This is my favorite time of the year. Baseball season. I write a mystery series steeped in baseball, led by the protagonist, a former professional baseball player. During my career as a broadcast journalist I have spent countless hours, days, even years watching and covering the game. The more I watch baseball, the more similarities I see to the craft of writing.

At lot of people say baseball is a boring game and it is built around tedium. Nine guys stand in the field and wait for something to happen. One man on the mound stares in at another at the plate…and they wait. Boring? Tedious? Not to the players or in the case of your story, the characters.

The players, like your characters, are busy during the tedious build up to action. An outfielder cheats in two steps, the shortstop moves four feet to his left before the next pitch, the catcher signals to the pitcher, a coach signals the hitter. Drama builds within the tedium.

Writing, like baseball is built on structure. You build characters a reader will follow during the tedious wait for action. A batter steps out of the box, the pitcher yanks his cap down, it could signal anticipation of what is to come. Is he scared? Is he angry? If the game or your story is good, you don’t notice the structure, you simply get drawn in by the drama.

All the work on structure, form, and wordplay become invisible. The plotting and character development fall away when the ‘ball is in play’ and the characters fight, flee, laugh or maybe gunfire erupts. 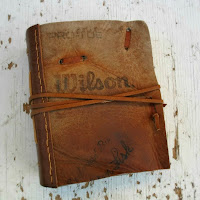 For a writer, like a ballplayer, the hard work takes place before the action. The hours it requires to build your line-up of characters, setting up the backstory, building the tension, creating anticipation, word by word, sentence by sentence. The tension built during these boring moments is what keeps a reader turning the page. And like in baseball, when the pitch is delivered, and the action begins, the result is always unpredictable. A ground ball, a strike out, a great catch or perhaps a long explosive home run. You don’t know what will happen until the moment it occurs. The mystery of the outcome at the end of each tedious moment is what keeps people watching the game. 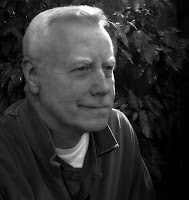 Cliff Yeargin has spent his life as a “Storyteller”, the bulk of that in a long career in Broadcast Journalism as a Writer, Producer, Photographer and Editor. He is the author of the Award Winning Jake Eliam, ChickenBone Mystery Series. The books include Rabbit Shine, Hoochy Koochy, named a 2016 Georgia Author of The Year Silver Medal Finalist and MudCat Moon. The latest book in the series BirdDog Boogie will be released this spring. Yeargin has returned to his native Georgia home and works at CNN. Follow the series @ cliffyeargin.com