Listen to Your Head 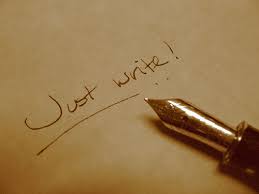 When I first read the guidelines to the blog, I was stumped to be honest. How can I tell people how to write? I’m no expert and I’ve never really thought about the process, I just do it. But maybe that’s the answer. None of us has the definitive answer because, just as we are all individuals with our own ideas as to what we like to read, we all write in different ways too. If we didn’t, the choice of books would be very uninteresting because they would all be the same.

When you start writing, you will often be told two things. The first is to write what you know. I didn’t. I started by writing up my father in law’s military history from WW2. I have always loved history, especially 20th century European history, but I knew nothing about military history and it was Ted’s story that led me to write my first series of novels – Lives Apart: A WW2 Chronicle.

The second thing is to write what readers will like. In other words, what will sell? So how do you do that? I’ve started reading many books that have great reviews, thought they were awful, and read others that didn’t have particularly good reviews and really enjoyed them. Writing, like reading, is subjective. What you like someone else might find boring and vice versa.

So, my advice?
1. Write what is in your head. Don’t worry about spelling, grammar or editing, you can do that later.
2. Listen to the voice in your head, (yes, I do hear the voices of my characters in my head, especially the dialogue😊) and write down what you hear. Sometimes it won’t make much sense but trust your inner voice and keep writing. I’ve written things and wondered where the story was going only to discover when I finished that it made perfect sense.
3. Don’t worry about knowing the whole story before you start writing. Some of the best twists come about because the author hasn’t worked it out in advance. I spend hours thinking about plots in the evening, only to sit at the computer the following day and write something completely different!
4. If you find something interesting, the chances are someone else will too so write about it.
5. Don’t let one bad review put you off. Not everyone will like what you write, but if the majority of your readers are happy then keep on writing. If, on the other hand, no one likes it, then maybe its worth rethinking the way you’re writing.

6. Write because you love what you are doing, because you believe in the story and because it keeps you sane.
7. Read other people’s advice, but don’t necessarily follow it. We each have our individual paths. What works for one may not be the right way for you. Listen to your own inner voice, because your instincts will give you the best advice.
________________________________ 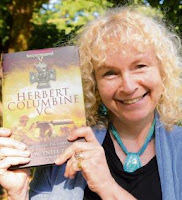 Carole McEntee-Taylor writes historical fiction and military history. Carole has written two five-book sagas: Lives Apart: A WW2 Chronicle and Obsession and one historical crime fiction: Betrayed. These are published by GWL Publishing. 1913, the first book in her next 6 book series, Secret Lives, has just been published. Part 2, 1914, will be published on 30th August. Carole has written several military history books published by Pen and Sword, the latest of which, A History of Coalhouse Fort, has just been published and includes previously unpublished letters from the Western Front. Others include Herbert Columbine VC, Surviving the Nazi Onslaught (the story of her father-in-law) A Battle Too Far, From Colonial Warrior to Western Front Flyer and The Battle of Bellewaarde 1915 with royalties donated to military charities and memorials.  Carole worked for several years in the Military Corrective Training Centre in Colchester (The UK’s only military prison,) culminating in a history of the establishment written in the words of those who were there. Carole moved up to North Lincolnshire in 2016 and now writes full time. Social Media Links: Website: https://carolemctbooks.info/
Facebook: https://www.facebook.com/carolemctbooks.info/Twitter: https://twitter.com/CaroleMcT
LinkedIn: https://www.linkedin.com/in/carole-mcentee-taylor-bsc-hons-ma-phil-7ab7b624/

Email ThisBlogThis!Share to TwitterShare to FacebookShare to Pinterest
Labels: A Battle Too Far, A History of Coalhouse Fort, Carole McEntee-Taylor, Herbert Columbine VC, Listen to Your Head, Lives Apart: A WW2 Chronicle and Obsession, Secret Lives