Malcolm Gladwell has written several books one of my favorites is TheTipping Point. It was about the small changes that brought people, products or government to a point of success or change. A recent trip to Nashville and The Bluebird Café reminded me of a tipping point.

The Bluebird cafe is small 90 seat music club which will usually have 4 composers or singer/songwriters present their talents. It is a great way to see new or established talent and experience a step along the way in the music business. I was fortunate to be able to attend a benefit there for the Nashville Chapter of the Recording Academy. In the middle of the show   one of the artists which was experiencing her first performance at the Bluebird stopped, pointed to a spot at a table in the back and said, “Garth Brooks was seated right back there when he heard The Dance for the first time. The Dance was written by Tony Arata and Brooks recorded it as the 10th and final song on his self-titled debut album. It remained at number 1 for 3 weeks. Quite a success story for both the writer and the singer. Why was this noted in the middle of her performance?
This young hopeful was saying this was possibly one of the steps, changes she must go through if she is to achieve success. It has happened for others this way. It could happen again. But she must experience this. This is also true for authors and I want to share two of my favorite examples.
·        Andy Andrew’s book The Butterfly Effect was shared with Good Morning America host Robin Roberts. Roberts showcased it on “Must-Reads”. Not long afterwards it was a #1 Bestseller.
·       Jack Canfield and Mark Victor Hansen were brilliant motivational speakers and great marketing men. Their new book Chicken Soup for the Soul had sold many copies. They wanted more. They had given away thousands of copies but they needed to get it into the hands of what they called “big mouths”. Big mouths are celebrities with access to the media. They sent books to the O. J. Simpson jury. The jury was sequestered so this was one thing they could have. The jury were seen arriving each day with the book under their arm. The media asked about it and they received national attention. 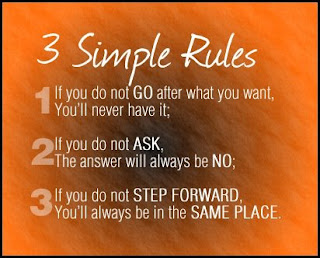 You never know when, where or how the right person will discover your work but if you know of things others have done you too can use that to get it out there in front of people. Not everyone that performs at The Bluebird Café becomes a “success”. But your odds are much greater if you do. It is a step, or one of the changes that must occur to increase your odds.

Discover what others have done and put it into motion. Southern Writers Magazine with its input from authors is a great place to start learning.