Because of their collective memory, no matter if they’re watching on a screen at home via Netflix or Turner Classics or at a multiplex, viewers can tell almost immediately whether the   experience is going to be worth their while.

Take The Guns of Navarone (1961) as the first of three random examples.  At the opening it seems some vague garrison in Crete is about to be overrun unless allied ships can come to the rescue. But the channel is deemed impassable because of a pair of humongous Nazi cannons. The only way around depends on the efforts of a handful of men to scale a sheer “impossible” cliff, slip into an impregnable fortress guarded by an overwhelming German force and destroy these “dreadful guns.” And who is the demolition expert and one of the stars of this enterprise? A slight, blasé` Englishman (David Niven) with absolutely no physical training who professes he can’t swim.

It goes without saying if the first building block in a screenplay is contrived, everything that follows is bound to become an escalating set of dubious cliffhangers.

In marked contrast, all you have to do is recall, say, The Bridge on the River Kwai (1957).  Almost immediately the camera draws you inside the realities and keeps you in suspense with no idea who will survive this ordeal no matter who appears in a leading role. And by realities we’re not referring to pure realism. We’re concerned with the logic within a consistent set of given circumstances, whether it’s Luke Skywalker’s colorful space odyssey or Sam Spade’s hardboiled black-in-white case in San Francisco.

In any event, pure realism can only take you so far. Within the first few minutes of Night and the City (1992) the camera peers in and out of a seedy section of Manhattan following a low-rent shyster lawyer (Robert De Niro) as he plies his sleazy trade, using a bartender’s phone to con prospective clients, takes a moment out for a tryst in the alley with the bartender’s wife, etc. There is no hope here for a single redeemable instant. On the other hand, in De Niro’s iconic debut in Scorsese’s Mean Streets (1973), his slow-witted Johnny Boy tries to navigate the Little Italy section, unable to fathom the interplay between petty crime and the tenets of the church, assuming it’s all a game. In this case, the viewer truly has something to worry about as Johnny Boy “keeps asking for it,” borrowing money he has no intention of paying back, goading his gangster creditor to the point of no return. And that, as they say, is just for openers.

Sometimes the material is as obscure as its title (Phantom Thread, 2017) and it’s difficult to find what seasoned screenwriters call “the front door.”  In this instance, it seems that a rather clumsy waitress is taken with a customer old enough to be her father (Daniel Day Lewis), accepts his invitation to dine as a middle-aged woman later joins them and looks on approvingly.  The man in question claims to be a fastidious dressmaker and a confirmed bachelor; the young lady soon  occupies a private room in the dressmaker’s house and, through a voice over, declares that she’s flattered because she always thought her shoulders were too wide.  But where are we? And what woman, young or old, could relate to this tale and find herself willing enough to go on with this charade? 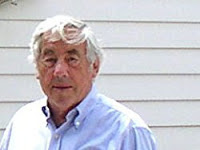