So You Want To Be A Writer? 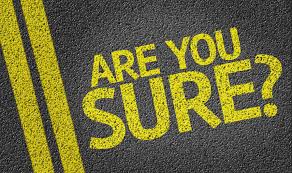 Are you sure? Because you need to know at the beginning that it's a marathon. Not a sprint. You may never make the bestseller list—but, then again you might. But that can't be the reason you decide to sit down at the keyboard and pour out your heart. First, you have to ask yourself if you have a choice.

Because a writer doesn't.

So, you make the commitment and decide, yes, this is the journey I must take. Pack your 'bags' and fasten your seat belt. It will probably be a bumpy ride. Let me tell you about my (continuing) journey.

Years ago, I was in Los Angeles and I wrote a treatment for a TV show. I thought it was pretty good. I showed it to some of my friends (some who were actually in the industry). They suggested I should submit it to a very well-known (at the time) producer. A few weeks later, I got back a letter from said producer saying I had no talent and should actually get a real job. Ten months later, my idea was a TV show produced by said producer with, of course, her name on the credits. After the anger passed, I realized I was good enough to steal from. And so I took that as a sign, so to speak. After that, I was hired to write an episode of a TV show (my credit this time) and had a screenplay optioned. But, I wanted to write novels. And more specifically, romance novels.

It's hard to work all day and come home and muster the energy to sit down and put words 'on paper'. But I persevered. I was a writer. I had to write.

I wrote my first novel and sent it to a million publishers and another million agents. Nothing. So, I wrote a second novel. At the time I had a critique partner who had a mean streak. She told me, basically, the book sucked. So, I curled up into a fetal position until my husband said "Don't quit". Because I would certainly fail if I gave up. If I kept going, I might have a chance at actually being published.

And sure enough, after submitting novel number two to a million publishers and another million agents, I got The E-Mail. Followed by The Contract.

After that, I wrote more books and signed more contracts. And along the way, I decided to self-publish, too. And so, to date, I have published eleven books, (both traditionally and self-published) and a series bundle (The Dance Series). And I just signed a contract to be part of an anthology. Oh, and last week I made the Amazon bestsellers list in romantic suspense for Once Upon a Tablecloth. 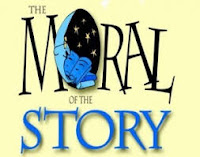 The moral of this story: writing, as with any creative endeavor, has its ups and downs, days when you want to just stop and days when you can't get the words down fast enough. Days when the muse goes out for coffee. But you can't not write. Not if you're a writer. It's too much a part of who you are.

So, let me leave you with the two words that keep me going on the bad days:

As if you could.

Leslie Hachtel was born in Hamilton, Ohio and has lived all over the United States. She started writing years ago when she simply decided to sit down at a typewriter and she was transported to another world. She realized then a writer writes because there is no other choice. Her genres include historical, contemporary, romantic suspense and historical/paranormal since she loves them all. Leslie lives in Memphis, Tennessee with her fabulously supportive husband, Bob. And of course, with Jakita, the terrier. Found out more at: www.lesliehachtel.com

Email ThisBlogThis!Share to TwitterShare to FacebookShare to Pinterest
Labels: Leslie Hachtel, Once Upon a Tablecloth, So You Want To Be A Writer?, Southern Writers Magazine's blog Suite T, The Dance Series