Twenty minutes into his conversation with me about No Return, my new novel, the interviewer cocked an eyebrow and leaned into his microphone.

Interviewer: “Let’s get a little personal. Tell us how you met your partner, Lisa Turner?”

Rob: “At a cocktail party at a home on the bank of the Mississippi River. She was trapped by some guy trying to monopolize her attention. When I overheard her say she was a writer, I stepped up and said, ‘What a coincidence. So am I. Let’s go get a glass of wine.’ As soon as I realized what a talented writer she really was, I changed the subject, because I was just starting to write my first book.”

Interviewer: “But now that you’ve both had several books published, are you able to edit each other’s drafts without fireworks? For example, the famous writing couple Dashiell Hammit and Lillian Helman, who also met at a cocktail party, had a notoriously stormy relationship when editing.” 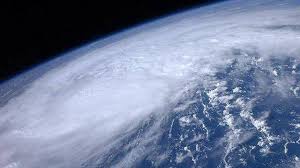 Rob: “No storms in our household.” Then I told him how we keep the peace.
·         Lisa is a scholar of writing, so I sent my ego on holiday and listen and learn.
·         We never use a red pen to edit. And if a critique is extensive, we retype the whole passage so suggestions don’t appear so blatant.
·         My writing strengths are very different from hers. Instead of competing, we draw on each other to make our manuscripts the best they can be.
·         We always make time for the other when some quick input is needed.
·         Each of us reads our work aloud to the other without interruption. If the listener hears a glitch, he or she raises a forefinger and the reader marks the spot and continues.
·         We are courteous in our comments. We often prefaced a criticism with, “Would you consider . . .” Lisa tries not to roll her eyes when I insert my political point of view in a scene a little too intensely, or when I overload a passage with similes or metaphors. She does sometimes whisper the sage advice of, “Kill your darlings.”
·         We brainstorm a lot. When one of us fires out ideas, the other tries to build on them instead of stifling them with criticism. Lots of “What if . . .”
·         In a new manuscript, we avoid knit-picking and focus on spotting structural problems and plot lines that will never converge.
·         Then there is the big one. If we get cross-wise during a critique, one of us will declare a “do-over.” That’s a non-debatable call for a re-set to dissipate any stress in the air. 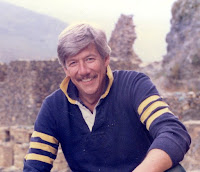 Rob Sangster has been a practicing lawyer, real estate developer, an executive in federal and state governments, owned three restaurants, serves on numerous boards of non-profits, and delivers Meals on Wheels. He’s traveled in more than 100 countries on seven continents, races sailboats, and has a home on the wild coast of Nova Scotia. His first novel, Ground Truth, hit #1 on Amazon Kindle. He second, Deep Time, won the EPIC Award as best American suspense/thriller of 2017. His third, No Return, has just been released. So far, reviews on Amazon are 5.0.
Facebook.com/rob.sangster.author, rob@sangster.com