THE CURSE OF YOUR FAVORITE WORDS


By Rich Ritter: The New Voice of the American West

After completion of the second draft of my first novel, I invited seven people to find errors and suggest revisions. I have never employed this technique again—which is a discussion for a future post—but one of the readers did make an important discovery. When she handed the three-ring binder back to me, I said, “Thank you. Did you remember to mark any errors or suggestions with a red pen?”

She politely answered, “I did.” Then, after an uncomfortable pause, she added, “You sure like to use certain words an awful lot.”

Confused, I asked, “What do you mean by certain words?”

She glanced down at her sandals. “You used the words ‘shimmering’ and ‘thumped’ a gazillion times. After a while I made a game of it and started counting them.”

Instantly flummoxed, I stuttered, “A game…of it? Did…did you…you mark them with a red pen?”
She peered straight into my eyes. “No, I just counted them…a—” I interrupted, “Yeah, I know. A gazillion times.”

I thanked her again and began the ten-minute drive home. As I crossed the bridge and headed into the roundabout, I tried to remember when I had used these particular words. I could think of a few examples, but certainly not a gazillion. She had to be exaggerating. After parking the car, I hurried into the house and began an inspection of the manuscript. I stopped on page three and thought to myself: There’s no way I’m going to read over 130,000 words looking for “thumped” and “shimmering.” I slumped into my chair, dejected and nearly beaten. Then, after a moment of abject panic, an epiphany emerged from somewhere inside my addled brain.
I turned on the computer, clicked on the file for my novel, and quickly found what I was looking for: a copy I had saved in PDF format. I opened the file, pulled down the “Edit” window, and clicked on “Advanced Search.” I carefully typed in “thumped,” checked the box for “Whole words only,” and, with my hand shaking a bit, hit “Search.” Within moments, a long list— actually a very long list—appeared with every instance of the word, including a portion of the sentence for easy reference. I read the list, which took a while, and concluded that she was right: I had used the darn word a gazillion times. The results were even more frightening for “shimmering.” 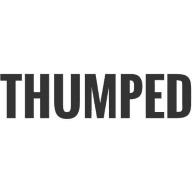 Over the next week, with the assistance of my dog-eared copy of Rodale’s Synonym Finder, I reduced the occurrences of “thumped” from a gazillion to around seven. My treatment of “shimmering” was a different story. Because I loved this word so much, I ended up using it only twice—both times in the climatic paragraph of the novel, in the evocative phrase “shimmering paladin.” This may sound extreme to you, but I’ve never regretted my decision.

Rich Ritter is the son of a father who worked in the aerospace industry and a mother who taught first grade. Born in the Midwest during the Korean War, his family moved to California before he began the first grade. He attended second grade through high school in Anaheim, and then California Polytechnic State University in San Luis Obispo. He completed his thesis year in Denmark, and while there met Kristine from Alaska—in the balcony of the Royal Danish Ballet during a performance of Prokofiev’s Romeo and Juliet. He moved to Alaska and married Kris a few years later. The author and his wife have two sons. Book titles: Toil Under the Sun: A Novel, Heart of Abigail: A Lyric Novella of Juneau, Douglas and Treadwell, Nor Things To Come: A Trilogy of the American West, Book One: The Perilous Journey Begins, Book Two: Gathering of the Clans, Book Three should be available in 6 months (or thereabouts). His social Media links:http://richritterbooks.com/
http://rphillipritter.blogspot.com/ --https://authormasterminds.com/rich-ritter  --   https://www.facebook.com/Rich-Ritter-The-New-Voice-of-the-American-West-162253087166472/?ref=bookmarks  --  https://www.linkedin.com/in/rich-ritter-281582124/

Email ThisBlogThis!Share to TwitterShare to FacebookShare to Pinterest
Labels: Heart of Abigail: A Lyric Novella of Juneau, Rich Ritter: The New Voice of the American West, THE CURSE OF YOUR FAVORITE WORDS, Toil Under the Sun: A Novel