Five Positions for Your Exposition 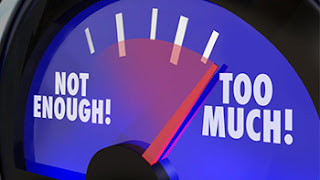 "Too much information" is known as such for good reason. There is a point at which communicating the facts jumps the fence beyond relevance and becomes overwhelming. TMI can kill conversation, take down empires, and ruin an otherwise good story. Knowing where to draw the line is one of the marks of a savvy storyteller.

Ideally, the reader should never realize they're getting backstory. Here are five proven ways to deliver details with finesse.

1. Be patient.
You know everything your reader needs to know and may be eager to get it out in the open, but the opening chapter isn't the place to share the hero's life story. Getting accustomed to the characters, the setting, the mood, and a hint at what the story's about, is a lot to take in, so give the audience time to assimilate it. More importantly, give them time to care about any of it. Once they've become invested in what's going on, they will appreciate learning the finer points.

2. Know when to hold 'em.
Kenny Rogers had the right idea in "The Gambler" when he sang of life as a poker game.  A well-told story exhibits the same principles of timing and restraint. If there's a lot of backstory, don't spill everything at once. Play your hands strategically and keep the ace up your sleeve for the right moment, when the audience will be most surprised by the revelation.

3. Pick a fight.
There's no better way to hide exposition than to distract with drama. Conflict is always interesting, and if the audience in tuned into trouble, they will scarcely notice that they are also learning backstory. An argument at a family reunion can reveal someone's drinking problem or the origins of a grievance between siblings. Compare the heightened energy of such a scene to a placid conversation that covers the same information.

4. Flashbacks can be fun.
This is an especially popular device used for villains and victims. The killer spots a stranger scolding a child, which triggers the memory of his own father beating him. The girl visits a beach and has visions of herself and her now-deceased boyfriend frolicking in the sand.

5. Get the picture.
Gotta pull out the old "show and tell" here. A picture is worth more than a thousand words if the audience can see for themselves that the heroine is a shoplifter or the attorney is slid a bribe from the opposing side. Letting the audience figure out some things on their own encourages them to be a participant in the story.

Remember, a discerning reader readily picks up on bungled backstory, so the fewer words it takes to give a history lesson, the better. When it comes to exposition, there's a lot to be said for not saying a lot.